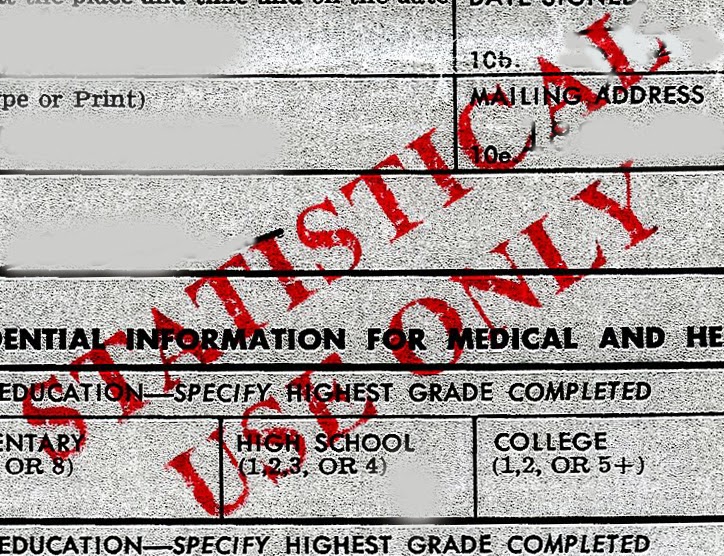 For the record, I am an Ohio adoptee born and adopted during the years the law covers, and I support the new Ohio law. I’m going to try to explain why I do—and it has nothing to do with my own personal situation, as I already know my birth family and have my OBC.

Compromises on OBC access bills come in a variety of flavors, and the one made in Ohio is relatively mild (listings of access laws by state can be found on the Bastard Nation and American Adoption Congress sites, though neither appears to be completely up to date). Sometimes birth parents are given the power to ban adult adoptees and their descendants from ever receiving OBCs. Sometimes there is no restriction on when a birth parent can come forward to veto the release of an OBC. Sometimes even though an OBC is released, the birth parent is granted the power to restrict the adoptee from ever contacting her/him. Sometimes adoptees must wait until they are 25 years old to see their OBCs, as if it takes longer for an adopted person to reach adulthood than it does a non-adopted person. None of these things, thankfully, has happened with the Ohio law. Every single one of the affected 400,000 adoptees will receive his/her OBC.

Now, I should tell you that I have never been on the front lines of an effort to pass OBC access legislation. I have not gone head to head with legislators the way some of my friends in the adoptee community have. Many of those who have done so argue that when legislation like this is passed, those who are left behind are left behind forever. No one bothers to go back and fight for those compromise provisions to be lifted, largely because it’s nearly impossible to push through legislation that affects such a small number of constituents. (And to my knowledge, it is true that no one has yet gone back to help those left behind in other states.) Therefore, those who oppose compromise legislation say they cannot condone leaving even one adoptee behind.

Yet, those same activists would have effectively left all 400,000 behind in Ohio, waiting for a better year and a more favorable legislature in order to pass a completely clean bill. I can’t support that logic.

How much longer should we have asked those adoptees to wait for the perfect solution?

It has been pointed out to me that there is a difference between fighting for OBC access and fighting for adoptee equality, and that many of those who vehemently oppose compromise of any kind on these bills are truly fighting for adoptee equality. Therefore, they cannot accept anything less than equal treatment for all adoptees and treatment of adoptees equal to that of non-adoptees. In theory, I think that makes sense. I’ve never met an adoptee who does not support equality for all adoptees.

But let’s take that logic further. Does passing a clean access bill mean adoptees are now treated the same as non-adoptees? People who are not adopted can receive their original birth certificates shortly after they are born. They have them their entire lives, even as young children. For the most part, they always know who their biological parents are. If their names are changed during the course of their childhoods, they have a paper trail of each and every change, so they never lose track of the how/when/why it all happened or of the name they started out with.

Because the problem as I see it with getting clean access bills passed stems from the fact that we live in a society where closed adoption is still deemed acceptable. Cutting off all contact with an adoptee’s biological relatives is not only acceptable, but many times preferred (remember those prospective adoptive parents who hope to adopt from overseas to avoid having to deal with birth families at all). And even in open adoptions, erasing a child’s original identity via an amended birth certificate is an accepted practice. It is still acceptable to change an adopted child’s name as if the one she was given at birth is just temporary, like the names puppies are given when they’re brought into a shelter. How can we be surprised that legislators will bow to the demands of constituents who embrace these practices? Because remember, compromises are necessitated by the need to satisfy the desires of legislators before bills will be passed, or sometimes even before they will be voted on, as was the case in Ohio.

We must continue to fight for OBC access because birth certificates continue to be falsified when adoptions take place. When compromise legislation is passed, it does not inject discrimination into law, as some would argue, because discrimination was already legalized in the very issuing of the amended birth certificate and sealing of the original birth certificate. Likewise, passing clean legislation does not restore equality to any adoptee because we cannot go back in time and erase those years the adoptee did not have knowledge of her biological identity. We cannot ever set the hands of time back and undo the erasure of an adopted person’s original identity once it has taken place.

Of course, we all want clean OBC access bills passed, because it’s the best option we have in the current environment of adoption in which we live. But in politics, change rarely happens wholesale and without compromise of some kind, because creating that perfect solution requires getting everyone in a position of power on the same page. So long as there are constituents trying to halt OBC access, there will be legislators unwilling to pass clean bills, and sometimes it only takes one misinformed legislator to kill a bill altogether, thus the need for compromise if we’re going to make meaningful headway before it’s too late for many adult adoptees and their families.

For 400,000 adoptees in Ohio, this wish has finally come true.
Posted by Karen Pickell