I didn't need my biological mother--I just needed a mother 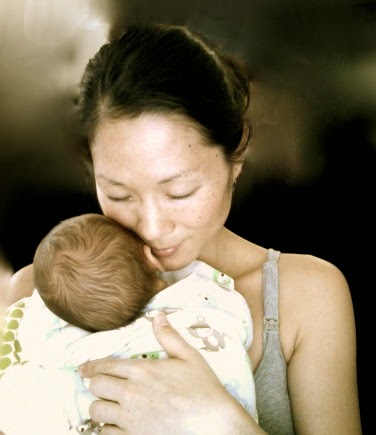 It’s hard for me to believe that I matter. To anyone.

And I cannot help but wonder if it is in large part because of my experience as an adoptee.


Hasn’t that been the basic premise underlying adoption for decades?


Adoption is built on the presumption that families are interchangeable or replaceable, that parents and children are interchangeable, and that ultimately, family has nothing to do with flesh and blood, or DNA and biology, but that it’s all about proximity, exposure, and amount of time together. (And if you feel it necessary to say that “love” is ultimately all that is needed to build a family, remember that original families love, too--and then, read this.)


This is a bizarre idea--that family is interchangeable and that DNA doesn’t matter--when you really think about it. And yet, how many times do adoptees proclaim, "I have no need to find my biological family" (this was my mantra for more than half my life), followed by a sigh of relief and a pat on the back as though we have made the "right" choice?


This dismissal and rejection of our biological families are detrimental in so many obvious and insidious ways. It treats our original parents as though they are invisible and disposable, while it also teaches adoptees to reject a fundamental, inextricable part of who we are (we literally would not be who we are today without our original parents).


When you grow up being taught that your connection to your original mother (and father) ultimately means very little, you learn to extrapolate that premise to all other relationships. You learn that no connection ultimately matters. You lose one connection--so what? You can just replace it with another.


If the bond of one’s own flesh and blood ultimately doesn’t matter, then how much less of a bond, of a commitment does friendship or marriage carry with it?


Being an adoptee and growing up with the dominant narrative and perspective of adoption has taught me that relationships and people are disposable as well as replaceable. If my own flesh and blood mother, father, entire extended family were “replaceable” how was I not supposed to internalize that all people are such--most of all, myself.


Of course, I’m not saying that all adoptees feel this way. (Always have to clarify that I don’t mean “all” lest I offend someone.)


But I know in my case (and I’m pretty sure I’m not alone), believing relationships will last and believing that I’m not somehow replaceable and/or disposable are concepts that are pretty dang hard to grasp.


And the bad thing is that it functions almost as a self-fulfilling prophecy. If you believe you don’t really matter and that your role in a relationship is disposable, then you behave in such a way that those friendships and relationships don’t last which you then use to confirm that indeed relationships do not last and you ultimately do not matter. A vicious cycle.


Furthermore, this all takes place under the radar--meaning at a subconscious level. Beyond awareness. Well, at least it did for me. Obviously, no one sat down and explicitly told me any of this. And of course, no one would ever sit down and tell an adoptee this.

But no one has to say anything. Adoptees are smart and sensitive and hyper-aware of emotion and expectations. We pick up on everything that is unspoken. And we make it a part of who we are. Not by choice, but for survival, and ultimately so that we can be loved--because, like I keep saying, we come to realize at a very early age that connections are precarious, arbitrary, and can be severed at any moment because no connection ever lasts--even one made of blood. So, we learn to keep the boat steady and support the status quo lest we lose everyone and everything that matters.

Hence, even if no one would ever blatantly tell us that our original families do not matter, you've told us in so many other ways.

You tell us our biological families do not matter when you dismiss our grief and pain. You teach us that our connections to our original mothers and fathers ultimately do not matter when you use the voices of some adoptees to silence the voices of others. When you pressure us to change our narratives to fit your expectations, your wants, your assumptions, you show us that you have no true desire to acknowledge the significance of our first families.

You teach us that all that matters is that we forsake any emotional, biological, psychological, social, cultural connection to our original families in favor of honoring our adoptive families as the most worthy--because that is what is right. You teach us that there is a hierarchy by which we must abide, within which our biological origins fall to the bottom, if they are included at all. With all this, you show us that we never needed the mothers who bore us within their own bodies, who gave us life. You show us that we should feel nothing for the fathers who longed to know us but were never given a chance.

You tell us that we never needed our first families, and that losing them has no consequence. You tell us that ultimately our journeys are all about what everyone else wants. And that all that matters is you and your happiness and your truth and your dreams.

In the end, you teach us ultimately that we as adoptees do not matter, because adoption and the perception of it as the be-all, end-all good deed is all that matters. And hence, our connections must be perceived as pliable and malleable enough to support that particular narrative.*

So, thank you, Adoption, for teaching me that family is inconsequentially interchangeable and replaceable. I've had to spend my adult life trying to unlearn this lesson and its implications, because I realize ultimately that you were wrong. I realize now that flesh and blood connections absolutely matter, and when they are severed there are serious psychological and social consequences. So, Adoption, you may have meant well, but like they always say, the road to hell...

Hopefully, we can repave that road...or maybe, just build a new one all together...

*So, it’s a dang near miracle that I’ve been with the same man for 11 years. (May not seem like a long time to you, but before my husband, most of my relationships--if they can even be called that--lasted like a month, and that was considered a long one.) And since having our two children (albeit very young--so we still have a long way to go), I have started to realize that mothers are not replaceable, children are not transferable--that is, without profound, irrevocable consequences. And when you put it that way, doesn't it sound ridiculous that for so long it was assumed that adoption had no lasting negative psychosocial consequences on the parties involved?