Review of Out of Love, an Adoption Reunion Novel by Noelle Sickels 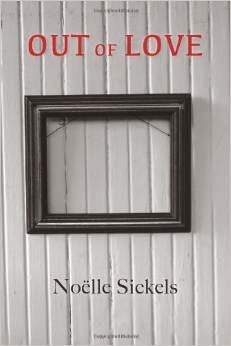 Out of Love by Noelle Sickels is a novel about an adoption reunion that takes place in 1984. The story is told from the viewpoints of a birth mother and birth father who embark on a search for their relinquished son after learning he has been trying to find them.

Sickels begins the tale with a brief description of the lost son’s conception in 1965 and the forced end to his parents’ teen romance, then skips ahead to the initiation of the search, filling in important details about the years in between as the book progresses.

At first, Out of Love reminded me of another reunion-themed novel I recently read—Where We Belong by Emily Giffin. I settled in for another easy read that would only skim the surface of the complexities of adoption and reunion. The two books share an unfortunate tendency to resolve difficult situations via extraordinary coincidences, but I was pleasantly surprised by the inclusion of many true-to-life details in Sickels’ story—about Baby Scoop Era relinquishment and its aftermath, as well as the attitudes of some adoptive parents and the questions many adoptees have about their origins.

In fact, there were so many facts incorporated into the story that I recognized from adoption literature, it almost seemed as if the intended reader might be someone who would be in need of this information herself—i.e., a birth parent or adoptee who was at the beginning of a journey that could end in a reunion. In a guest post by Sickels published here at Lost Daughters in September, she reveals that she grew up not knowing who her biological father was. In fact, she didn’t even know that the man she called her father was not genetically related to her.

I found out, definitively, after my mother’s death that my father wasn’t my father. I wasn’t told. Based on old letters found in my mother’s closet, I guessed. Then, slowly, I questioned, I dug. When I first knew for sure, when the first person said, “Yes, you’re right,” it wasn’t a shock. It was, instead a settling in, a sigh of relief almost, an affirmation and explanation of that strange difference I’d known all my life, the answer to a question I hadn’t even realized existed.

While doing research for Out of Love, Sickels for the first time read true stories written by adoptees and “came face-to-face, amazingly, with myself.” She also read up on adoption issues and birth parent experiences, and interviewed birth mothers. The depth of her research is evident not only in the adoption facts related throughout the story, but also in the characters’ complicated relationships with each other and the conflicted emotions each expresses.

Initially, I thought I might not be drawn into the story because of it not being told from the adoptee perspective, but I became fascinated especially with the birth father’s viewpoint in this book since this is not a side we hear much about. Granted, Out of Love is fiction. I’ll be on the lookout now for a memoir by a birth father.

Note: The author provided a copy of this manuscript in exchange for a review.

Karen Pickell was born and adopted in Ohio in the late 1960s. She reunited with her birth mother in 2005 and with her birth father in 2007. Her husband is an adoptive father of two children, now grown, from his first marriage, one of whom was adopted from Korea. Karen and her husband live in Florida with their two biological children. Karen holds a Master of Arts in Professional Writing from Kennesaw State University in Georgia; she has published poems, essays, and stories, and is currently drafting a memoir. She previously served on the board of directors of the Georgia Writers Association, as editor for the Georgia Poetry Society, and as associate editor of the literary journal Flycatcher. She blogs about writing, adoption, and other topics at www.karenpickell.com.
Posted by Karen Pickell