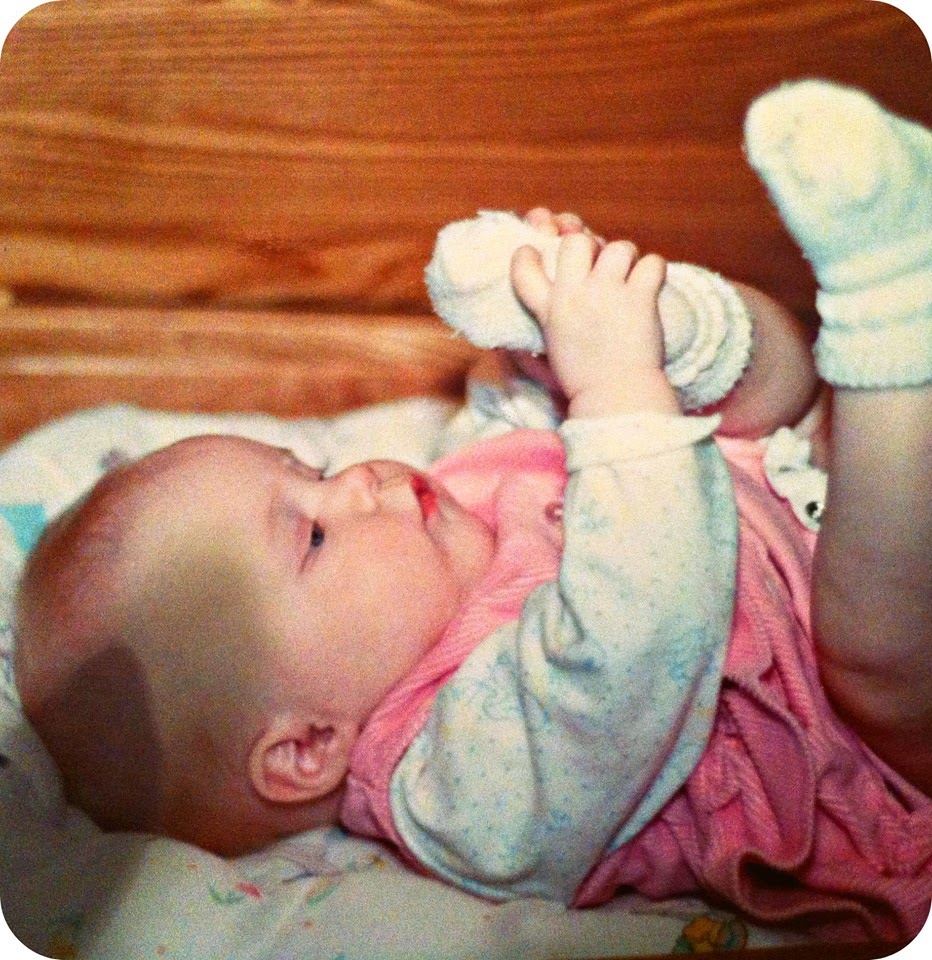 When I set out to find my older sister, I had only her first name.

Our biological mother placed her for adoption in 1983, eight years before she placed me into my own adoptive home.

For our biological mother, she remained a hazy memory. I asked for details, but our mother could not (or would not) reveal enough information to help me find her. While I had reconnected with the rest of our family when I was 11, Stephanie was known only as “the sister in California”. I met my biological family and loved them, although we had precious little in common. Raised in an Italian-Jewish agnostic household in New York, I was unprepared for the conservative Texans who would become my kin. Stephanie lived in California. I imagined a fellow artist and traveler- an older, worldlier version of myself.

My desire to find her my have been whimsical but my methods were calculating. I searched Texas birth records from 1983, looking at all the “Stephanies” born in Dallas that year. I did not know her adoptive parent’s last name, so I crossed off names that were seemingly Hispanic (Caucasian parents most often adopt Caucasian infants.) I narrowed down my list of names and went on Facebook, looking at the photos of these strangers who might be my sister, scrutinizing the shape of their eyes and their coloring, attempting to find some resemblance.


I contacted nearly a hundred women. All responded kindly, told me they weren’t the person I was looking for but wished me luck just the same. Exasperated, I called the adoption agency down in Texas, begging the kind social worker for information. She was sympathetic, and she even remembered my sister. She called Stephanie and informed her that I was looking for her.

“Can’t you just tell me her name?” I asked. I was incensed. I had been searching for over a year. She told me, kindly, that it was against the law.

“I will serve as your intermediary,” the social worker explained, “you will write letters through me. I will open them and cross out all identifying information, and then I will forward them. Once you both pass your psychological exams, I will allow you to have direct contact."

I made an appointment with a psychologist. In the meantime, I sent Stephanie my first letter. Those five pages, meticulously hand written, included everything I thought she might want to know about me. I told her I didn’t want to disrupt her life, but I was anxious to know her.

I obsessively checked my mailbox every morning, waiting for her reply. I spent hours on the computer on adoption search websites, hoping that she was also looking for me. I bided my time on Sundays, and was hovering outside the door again on Monday morning, waiting for the mailman (who now knew my name and knew what I was waiting for.) And on one hot and unremarkable summer day, it arrived.

Although I was excited and curious about the content of the letter, I was a woman on a mission. I scoured the pages for any information that I might use to find her. The social worker had (accidentally?) left some crucial information uncensored. I confirmed her identity on Myspace, a then nearly extinct website, and had her phone number in less than twelve hours. I called and left her a voicemail.

I flew out to California a few weeks later to meet her. I found out that Stephanie also grew up in a loving family. I studied in Europe, spoke two languages, took music lessons and ended up living in Italy. She went to art school, moved to San Francisco, had a baby and was into organic farming. We both have wonderful adoptive families, and enjoyed a stability that many of our siblings grew up without.

Our other sister, Ellen, was not placed for adoption. She was raised by our biological father. She is grown now, too. She has her own son, her own life. Despite a tumultuous beginning, over the past 10 years we have figured out how to incorporate one another into our lives. She visits me in New York, and I have visited her in Texas. We acknowledge one another on “national sibling day”, and collectively wonder what the rest of our lives hold in store for us.

It seems like a fairy tale: sisters reunited at the prime of their lives, sharing stories from their childhoods and marveling at their similarities. Only now, years after our initial meeting, do we begin to realize the price we have paid.

Our biological mother had over half a dozen children, none of whom she raised into adulthood. Until Stephanie and Ellen, I hadn’t given much thought to my brothers and sisters. Happy to be reunited, I felt little for the lost years of our siblinghood. But now, sitting with Stephanie in her worn apartment in Oakland, or walking in midtown Manhattan with Ellen, I am struck with an unfamiliar sense of loss: here are my sisters, with their red and brown hair, freckled and dark skin, southern drawl and hippy ways. But they would never be my sisters. Not really. We share DNA and the same, sad past. But we live full and separate lives.

Stephanie would have been about eight when I was born. She may have held me softly, snuck into my room and peered at me through the bars of my crib. Or maybe she would have taken permanent marker from our mother’s desk and drawn all over my face. Ellen was born two years after I was. I have only seen her childhood in pictures.

We are not ordinary sisters. Instead of sleepovers and shared popsicles and forts made out of couch cushions, we have a small collection of ghost letters: our first communications sent over hundreds of miles, our stories blanked out in an attempt to shield us from each other.

Years later, I still think Stephanie said it best. In one of our correspondences, she told me that when she get my letter, she cried. I did too. Not necessarily because of what was written, but because we realized what we missed out on. We were mourning. Mourning what could have been, the lives we almost had together, the sister we found but will never really have.

We try desperately to make up for lost time, but we are claiming new land. There is no road map for families separated by adoption. Sometimes we stumble, like when someone asks me if I have siblings and I hesitate. I tell them I have one brother (my adoptive parent’s biological son.) To this day, I rarely mention my sisters to strangers. I am always unprepared for the enthusiastic responses of these acquaintances.

“That’s so cool!” many of them say, “aren’t you happy to have been adopted?”

Well, sort of. None of us are able to say ‘we wish we had never been adopted.’ We cannot wish away our adoptive families, our friends, our lives. I am acutely aware of the swap. I got a wonderful family, magnificent opportunities, and the stability and love of hundreds of people. I am happy. The future is bright. But in order to live the life I have lived, I had to lose my familyand my history. I had to lose my sisters. We’ve gathered what we can in an attempt to reconstruct what was lost; letters and phone calls and visits in exchange for the childhood we should have had together. But is it enough?

For years, we couldn’t bear to refer to one another as “sisters”. It rang false. It felt like the darkest of betrayals. Both of us have adoptive siblings; how could we say that we were also siblings, when we did not share that history together? Our adoptive siblings grew up with us, we had decades of shared history. How could we give these biological strangers the same label? We opted instead for the Italian version of the same word: ‘sorelle.’

But I don’t do that anymore. Adoptees are told to stay quiet, to be grateful. Blood is thicker than water- unless you’re adopted. As a fruit plucked from the family tree, I struggle to decipher what adoption reunion means.

“You’re not really sisters,” I’ve been told, “you didn’t grow up together.”

These same people will then ask me how much I know about my “real” mother. It’s uncharted territory. What do we call the mothers and fathers who chose not to raise us, but who invite us to swim in their pool in the summer? What do we call the sisters we didn’t grow up with, but whose mannerisms and hands and noses betray our primal connection?

I don’t know all the answers. But I’ve figured out some. Now, I am unabashed. I call Stephanie and Ellen my ‘sisters’. I am not afraid. It is not a betrayal of our adoptive families, it is merely the truth. We are sisters. We love each other. We were separated in the beginning, but we have each other now.

That has to be enough.

Guest Author Amanda Kutner is a 24 year old adoptee. She was born in Texas and placed for adoption a few months after she was born and grew up in New York and Italy. When she was 11 she reunited with her first family, including her 5 siblings. Now she walks to work in Midtown Manhattan in the cold, but feels the Texas heat under her feet. She is a blend of two families and won't let anyone tell her otherwise. Her truth was hard to come by, but now that she has found it she walks a little prouder.

Amanda works at a policy advocacy organization in New York City and spends her free time writing and with friends. She is especially fond of her pug, Wilbur, and she's only a little embarrassed that she is mentioning him here.
Posted by Liberty