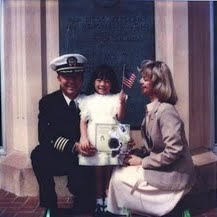 A few years ago, I met up with a childhood friend--who happens to be Korean--whom I had not seen in probably almost a decade.


As we were discussing our lives and catching up, the conversation stumbled into my experiences as an adoptee. In particular, we talked about my struggles with my identity since reuniting with my Korean family in 2009 and the subsequent repercussions within my American family.


In that conversation, my experiences of racism surfaced. I had expected to find understanding and perhaps a small amount of validation.


But instead, upon sharing my difficulties, my friend replied with a smile, “You know, I had similar experiences growing up, but I think sometimes, it just depends on your personality. I have a different personality than you so those experiences [of racism] did not affect me in the same way they affected you.”


Translation: You’re really sensitive and if you were more like me (i.e., had a personality more like mine), then you would not have been so bothered or troubled by your experiences of racism.


I was surprised at her response initially. And hurt, of course. But as I thought more about it, I realized something--her Koreanness did not mean she had the capacity to understand my experiences and in fact, her upbringing as a first generation Korean may have actually prohibited her from understanding my struggles, because…


As the new show, Fresh Off the Boat, has made its debut, I have felt both apprehensive and hopeful, as many others have similarly expressed. Apprehensive that the depictions of an Asian family for the purposes of an entertaining sitcom will serve only to perpetuate harmful stereotypes, yet hopeful that these same depictions might provide an opportunity for validation and discussion regarding the Asian American experience.

Now, before I go on, a couple of disclaimers and caveats. There are a lot of things wrong with the show. There are a lot of depictions in the show that make me uncomfortable as both an Asian American person and as a woman. Furthermore, I realize that Fresh Off the Boat is in no way representative of all Asian families and certainly even less representative of the experiences of individual Asian Americans. It is very loosely based on Eddie Huang's actual life. Remember folks, Fresh Off the Boat is not a documentary, it's a sitcom--and it's primary purpose is to entertain, not to educate.

That said...after watching Fresh Off the Boat, there were moments that were painfully comical, because of how closely I could relate--in particular, the depictions of the Huangs' experiences with White Americans just about perfectly mirror my experiences both as a kid and as an adult.


However, the other painful part of the show for me was watching Eddie experience racism and otherness and being able to relate to his experiences of racism and otherness, but not being able to relate to his experience of having an Asian family to whom he could return home. (Again, I realize that Fresh Off the Boat is primarily fiction and that individual experiences within Asian families vary widely...nonetheless...).

So, while it was incredibly validating and empowering watching an Asian kid learning to manage the complex racial tension at his school and in his neighborhood just like I had to when I was growing up, it was painful being reminded of how utterly alone and isolated I was and in some ways still am--as the eternal token Asian person, not only within my schools, communities, jobs, etc., but within my own dang family.

From my perspective--as an Asian adoptee who grew up in a White family--Eddie takes for granted that he has an Asian mom and dad who support him, who stand up for him, who understand ultimately the otherness he is experiencing. I'm not judging his character one bit. I know if I had grown up with my Korean family, I would have taken it for granted, too. In fact, I feel a twinge of jealousy and loss. I wish the show stirred up a complex nostalgia for me, but instead it surfaces yet another reminder of all that I've lost and how profoundly being adopted has affected not only my identity but every area of my existence.

For me, watching Fresh Off the Boat is almost like watching what my life might have been in some alternate ideal reality had I not been adopted into a White family. But instead, I feel like an impostor or poser as I watch Eddie with his family. Although I experienced much of the same racism and sense of otherness that Eddie experiences at school and in his predominantly White neighborhood, the reality I faced did not include returning home to a family that looked just like me nor do I have any idea of what it's like to grow up with first generation immigrant parents.


Rather, when I returned home what I saw was a White Mr. and Mrs. American Pie family and a mom who was often literally mistaken for Florence Henderson, the star of The Brady Bunch.

When I returned home after being battered and demeaned for being Asian, what I saw were the same faces that had harangued and harassed me all day.


And this is to what I am referring when I say that context matters.


My childhood friend who told me that she experienced much of the same racism actually experienced it in a very different context. Her family and community context were and still are completely different from mine.


This context matters--particularly for transracial adoptees, and in my case, a Korean adoptee raised within a White American family and community.


My friend, after experiencing racist behavior from classmates, could return home to a family and a community who looked just like her. She could see herself reflected in positive ways in her own mother and father and siblings, in her friends and at church. And although of course their presence in her life did not erase the hurts and stings from her experiences of racism, she could find validation and strength for her Koreanness within her own family and community.


But for someone like me, I didn’t have anything that came even close to that.


When I got called a "chink" or "flat face" or "slant eye," when I experienced bullying at school or had kids throwing rocks and ice at me for being Asian, I had no one at home who could understand what I was experiencing. I had no one to whom I could turn to find validation for my Asianness. I had no one who was standing up for me and instilling in me a sense of ownership and pride for my Asian origins. I had no mother or father modeling for me how to make it as an Asian face in a White place.

Furthermore, when I tried to join in with other Korean peers, I experienced similar rejection and isolation. It was immediately obvious that I was not one of them--I did not have Korean parents, I didn't eat kimchi or speak the language, I did not attend Saturday Korean School--my experiences of home, church, and community were completely divergent from theirs. I was just as "foreign" to them as I was to my White American peers.


So, while my childhood friend could go home and find validation for her Asianness, while she had a home base to challenge the racism she experienced, I, and other adoptees like me, went home and found...


I think it’s easy for folks to underestimate the consequences of experiencing racism as a transracial adoptee and having no one to whom you can look or turn to help you understand, navigate, and challenge those experiences.


Instead, the very people who are afflicting you with racist acts and slurs look just like the people you call mom and dad and brother and sister. What confusion, what pain, what perplexity for a child to try to manage all alone.


So, yes, maybe I have a different personality than my childhood friend.


But I am almost certain that even if I had been born with a personality that more closely resembles hers, I still would have grown up troubled and pained by my experiences of racism because, as with almost everything in life, context matters.


And when the context in which you’re growing up means you’re a transracial adoptee in a White family within a White community that have no understanding of racism and the role it plays in adoption, I venture to say that an adoptee’s personality isn’t what needs to be fixed.


I’m not saying that growing up among one’s ethnic origins magically inoculates an individual from the negative effects of racism.


But what I am saying is that being adopted into a White family even less so inoculates a transracial adoptee from racism and in fact does quite the opposite. Rather, the transracial adoptee is exposed to racism at an increased rate while also being left without the necessary support system to help him or her challenge and overcome racism.


What I am saying is that experiencing racism as a result of being adopted into a White family inevitably exposes a transracial adoptee to all kinds of racism that the White family is ill-equipped to handle and about which the parents often live in denial or oblivion.


Racial inequality and adoption are interconnected. I could write whole other posts on the complicated relationship between racism and adoption. This idea may make some uncomfortable or even angry. But it is the truth.


Until all involved in transracial adoption are willing to acknowledge the inevitable and inherent relationship between racism and adoption, those most affected yet least heard, will continue to be faced with a racial isolation and loneliness that are not easily remedied or overcome--and tragically at times result in the taking of one’s own life.


However, if we will not only give ear to this truth but consider the implications and take actions to address racism within the context of transracial adoption, then perhaps lives can not only be improved, but also saved.