You Are Not Ready to Adopt an Asian Child If... 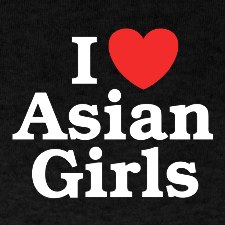 Recently, I read a refreshingly candid post, You Shouldn't Adopt Black Children If..., which inspired me to write the following...

So, here goes...You are not ready to adopt an Asian child if...


Although my tone above is pretty snarky, my heart behind it is sincere. And to be completely honest, I would be a liar and a hypocrite if I didn't disclose that, at one point in my life, I thought "Miss Saigon" was an inspiring work of art and I used to laugh at jokes about Asian people, too--to name just a few of the offenses I have committed against Asian people...and I'm frickin' Asian.

But obviously, over time, my views and perspectives have evolved as I've sought to explore my experiences honestly and at times, painfully so, as an Asian woman in America.

So, seriously, folks, if you have stumbled upon this post and are considering adoption or have already adopted and you find yourself feeling awkward or uncomfortable while reading any of the above statements because you identify with them, I’m not trying to make you feel condemned or bad about yourself. I’m just trying to get your attention with the hope that...


You will have the humility and integrity to realize that you’ve got some blind spots that you need to acknowledge and overcome. If you don’t know where to start, start by reading more of the posts here at Lost Daughters. I would also suggest reading the blogs, Harlow’s Monkey and Red Thread Broken.

Because, adopting isn’t anything to start without first educating yourself--and I don’t mean taking some mandatory classes through an adoption agency or watching "The Joy Luck Club." (Not trying to be condescending, just trying to have a sense of humor.)

An adoption agency isn’t going to tell you what you really need to hear, because they ultimately have an agenda. They want you to adopt a kid through them. The way to educate yourself is by seeking out and listening to adult adoptee voices like mine and those here at Lost Daughter and otherwise--who have lived life as adoptees, who are going to tell you the things that you don't want to hear and that you won’t hear unless you are brave enough and honest enough to listen.