A Community for Haitian Adoptees


Last year I started researching what resources were available for Haitian adoptees. A quick Google search of the term “Haitian Adoptees” yielded many pages of search results for websites and blogs for adoptive parents, adoption agencies, and orphanages in Haiti. Several pages into my Google search, I finally found something that was targeted towards Haitian adoptees: a statement from 2010 created by a group called the Adoptees of Color Roundtable that opposed Haitian adoptions and instead advocated for the rights of Haitian children by “working towards family reunification and caring for children in their own communities.”

Besides this statement, I couldn’t find a current, active community. There was nothing for a Haitian adoptee connect to. Clearly, there was something missing, so I created a Facebook group. It started out with just myself and my siblings, but it has quickly grown and doubled in size in the last few months and includes members from four different countries.

In the first few weeks, I had several parents request membership to the closed group, and they seemed genuinely surprised when I told them that the group was only for adoptees. One mother wrote back and said she wanted to support us. I replied that she could support us by understanding our need for autonomy. And in the future, she could support her child by helping her have access to adoptee groups and getting her plugged into the Haitian community. These are two things that I wish I had when I was younger.

Growing up, I felt little connection to Haiti and Haitian culture. My home was Canada and besides my siblings and a few other Haitian adoptees from our church, I wasn’t connected to a larger community of Haitians. The first time I returned to Haiti was on a missions trip when I was 18. The trip left me wanting to know more about Haiti beyond the one week trip, and the lazy tagline I had been fed, “the poorest country in the Western hemisphere”. Yes, Haiti was poor, but there was something beneath the surface of poverty that I connected to, and I felt a sense of “home”. After that trip, I started trying to figure out my place in the Haitian community. Although it’s taken me years to become comfortable writing about Haiti and my adoption, that first trip to Haiti was the beginning of my effort to carve out an identity as a Haitian in the Diaspora.

When I started the adoptee group, I wanted to share my recent experiences. I was happy to share the emotional ups and downs of finding my family, and the feelings of apprehension I still had. When I shared my story, I was grateful to hear from other members who had also found their families. In the past few months I was the one receiving the advice, and it was comforting to hear from people who didn’t tell me how I should feel. There is something so powerfully reassuring about being with a group of people who “get” you.


Today, there is a large group of Haitian adoptees around the world, and another generation that will follow. In the months that followed the earthquake in 2010, interest in Haitian adoptions spiked, and adoptions that were already in progress were expedited. The most recent statistics from the US Department of State show that 388 children were adopted from Haiti to the United States in 2013. Many of these Haitian adoptees will come to a point where they want to learn more about Haiti, and my hope is to make the journey a little less lonely with the help of an adoptee community. 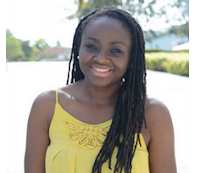 Mariette Williams (@mariettewrites) is a transracial adoptee born in Jeremie, Haiti. She was adopted at the age of three and grew up near Vancouver, B.C., Canada. She founded Haitian Adoptees, a Facebook group that serves to connect and offer support to other Haitian adoptees. In July of 2015, she reunited with her birth mother and several members of her birth family. She lives in South Florida with her husband and two children. In addition to being a Journalism and literature teacher, she writes essays, short stories, and poems that usually focus on adoption.
Posted by Unknown