My Baby's Hair: Will It Look Like A Black Girl's Hair?

When I think about my baby growing hair in the womb, I wonder if her hair will appear "ethnic" at all like mine and if it will affect how people view her racially. 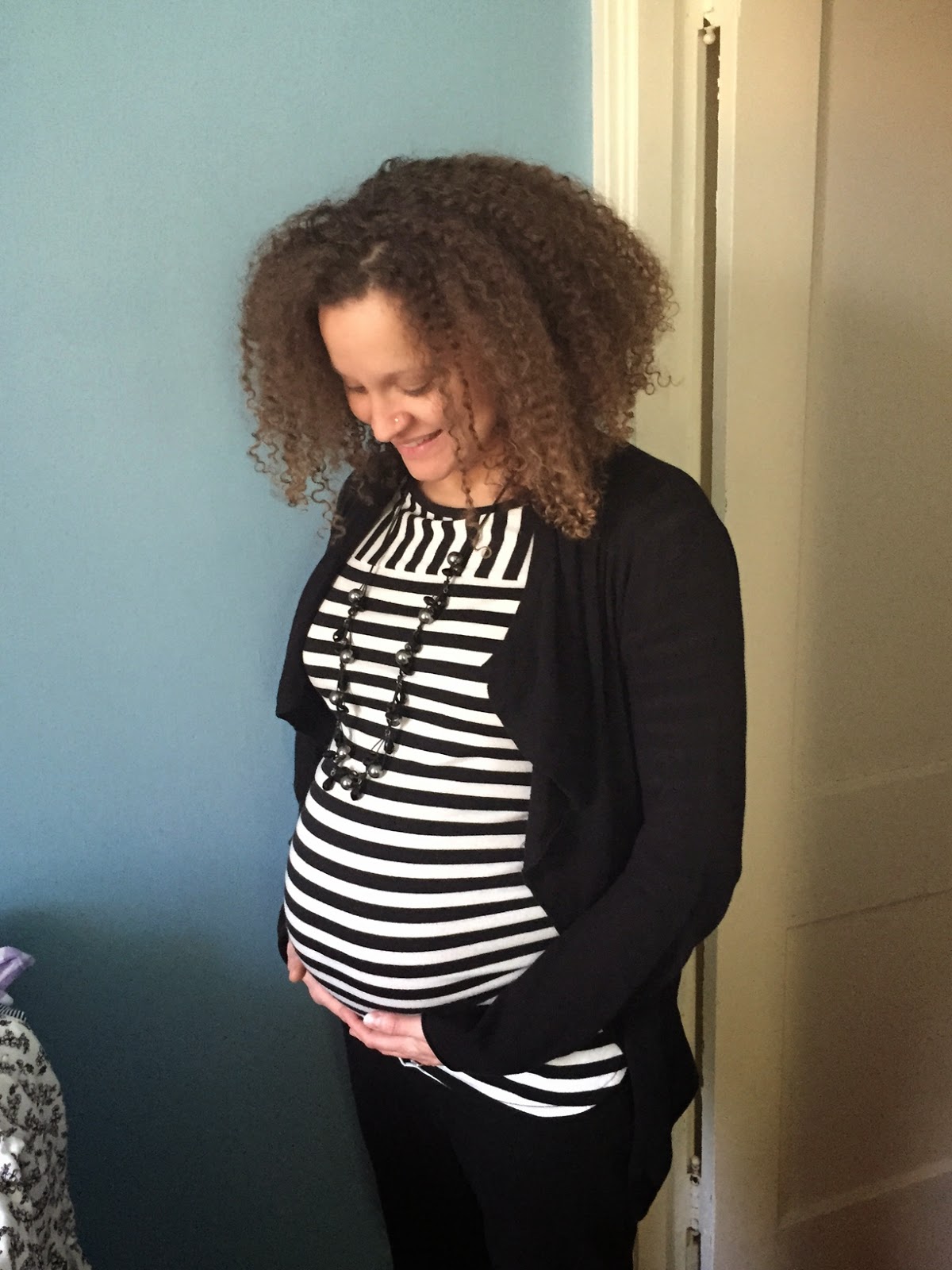 I've been lucky to have a relatively smooth pregnancy so far, the only discomforting thing has been acid reflux and occasional heartburn for the second half of trimester #2. But the strangest thing was this: when I mentioned this symptom to people, one of the common responses was, "That means your baby is growing hair!"

I figured it was one of those old wives tales that people have used to guess a baby's appearance or sex--like how supposedly carrying your bump high means it's a boy. But then I found this scholarly study about the issue that seemed to confirm the idea that heartburn = more baby hair.

I like the idea of my baby growing hair in there. And I wonder if it will be kinky/curly like mine. My husband is white and his hair is straight, so of course there's a chance his genes will influence her hair more than mine. It would be special, I've always thought, to share physical traits with someone-- as an adopted person who grew up outside her birth family, it was one of those things I felt like I was missing out on. But when I think about my own experience with my hair, I'm reminded of how complicated it was for me growing up. It was my main racial marker in an environment where it was not safe to be a person of color or mixed heritage. My skin was passable, my eyes were light. But my hair was "different." It was beyond curly, but in my white town and with my white parents who had believed they were adopting a white baby, we had no language to describe what it really was. Kids at school would taunt me with the word "Afro" like it were a sin. I was called the n-word, not only from kids but once from an adult who detected that I was not just a white kid like everyone else. So, I began to hate my hair, try to hide it, and when I discovered chemical relaxers I thought I'd finally found safety. I quit telling people I was adopted. I claimed that I had relatives from far away who had curly hair and that's where I got it from--it must have skipped a generation because my parents' hair was of course not textured in the same way.

It took going away to college and finding black salons to finally understand how to take care of my hair, and embrace it. This was concurrent with my search for birth family, a family that was white on the maternal side and--surprise!--black on the paternal side. So embracing my hair went hand in hand with embracing myself and my ethnic background and family, which had previously either been ignored or shunned. I discovered that many black women--not adopted, not mixed--go through an experience of relaxing their hair, which some say is a self-hating thing because straight hair conforms to Euro-centric standards. There are scores of books and articles on the issue. Every time a high-profile black woman in the media chooses to relax her hair or not relax her hair, or even cut it off, a maelstrom erupts. Chris Rock made a documentary about what he thought was a perplexing "obsession with hair" among black women. (He recently said he might make a sequel inspired by Halle Berry launching a lawsuit against her ex for straightening their daughter's hair.) There's evidence that with the Natural Hair Movement it's getting better, which is good, but I think we still have a long way to go.

So, on the one hand, I want my daughter's hair to be like mine. I will know how to care for it, to encourage her to know and love it, and I certainly will NOT relax it. She will be raised in an environment where she will see and know people of various races. She will know her black biological cousins and grandfather. But yet, there's still a lot of negativity out there, especially for women, and especially for women of color, and of course I want to protect her from all negativity and pain (an impossible task, I know.)

Her hair journey, whatever it is, will likely be a walk filled with more grace--and more support--than mine. Isn't that what we all want for our kids?
Posted by Liberty