(Part 2) Internalized Adoptionism: Are You an Adoptionist? 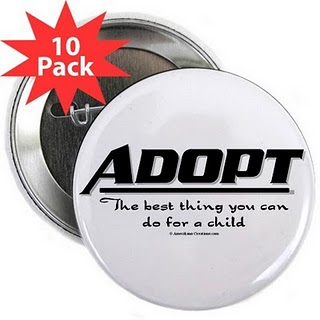 If you have not read the post that preceded this one, "(Part 1) Internalized Adoptionism: What Racism Has Taught Me About Adoption," I recommend reading it for context. In short, I lay out a definition for internalized adoptionism (borrowing from Amy Sun's article on internalized racism):

Internalized adoptionism is the process where adoptees and original families develop beliefs and behaviors that collude or support the institution of adoption. Internalized adoptionism is a form of systematic oppression where people and communities affected by adoption unconsciously support the adoption machine and industry, which is built upon White privilege and power, White supremacy/superiority, and White American (and White European) colonialism.

Because the system of power consistently rewards those who support the adoption hierarchy through a false sense of acceptance, individuals affected by adoption (i.e., adoptees, original families) are encouraged to perpetuate a culture that oppresses them. Because of this cycle, internalized adoptionism can have deep psychological effects on individuals and communities directly affected by adoption, primarily including adoptees and original families.

But like I said, for further context, read Part 1. Because now, I'm just going to cut straight to it...

You may be an adoptionist or suffering from internalized adoptionism if...

This list is not definitive obviously, but if you can relate to more than a handful of these statements, then you may want to rethink your views on adoption. If you read through this checklist and suspect you may be an adoptionist or are suffering from internalized adoptionism, the point is definitely not to feel discouraged or condemned. Rather, do something about it! Take action!

Furthermore, the paper, "Orphan Statistics Explained," can help you to more accurately understand the "163 million orphans" statistic and how often it is grossly misused and misinterpreted.

I would also recommend the book, "Child Catchers" by journalist Kathryn Joyce and the blogs, Harlow's Monkey, Red Thread Broken, and Rileys in Uganda. The works of Christian professor, Dr. David Smolin, are also incredibly informative.

I, myself, used to be an adoptionist and suffered profoundly from internalized adoptionism. But over the years, I have been able to more honestly and critically process adoption experiences and practices in America.


I’m not saying all adoptions are bad.

I am saying that adoptionism is detrimental and harmful.

I am saying that there is an adoption culture in America that favors those in power and continues to employ willful ignorance in order to support and perpetuate practices that are harmful to those most affected, exploited, and abused by the adoption systems and institutions in place.

What I am saying is that my experiences of adoptionism and racism are inextricable and understanding one has helped me to understand the other.

If you are an adoptee that can relate to what I've written, I hope these two posts on internalized adoptionism help you to feel understood and validated. If you are not an adoptee, then I hope this post helps you to better understand the complexities of adoption.

*Note: I realize that some may be opposed to yet another label such as "adoptionist." I, myself, felt conflicted over using the word "adoptionist" considering how loaded the word "racist" has become in our country. But for the purposes of discussing the topic of "internalized adoptionism," the word "adoptionist" seemed appropriate. Racism and adoptionism are both very real problems in America and having language with which to discuss the issues and potential solutions is necessary.