The Twinkie Emerges from Isolation 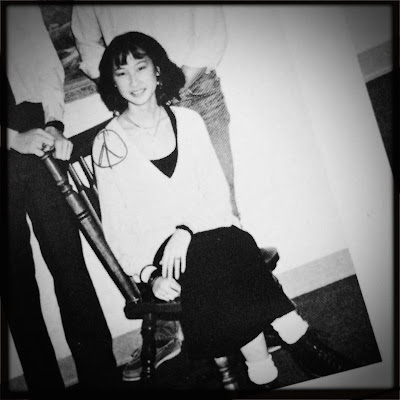 This girl. She sat in the classroom, mostly alone between two seas … one black and one white. Listening … always listening.

Giggles would explode from one group or another. I would often laugh with the white girls, in hopes of “fitting in.” But when the tables turned and either group would make an Asian slight, I was utterly alone … and left laughing nervously with everyone, hoping it would end.

Recently, at the American Adoption Conference (AAC), I had a similar experience that Lost Daughter sister, Amira Rose documented. It went like this …

“Whoa, there was a hospitality suite? How did I miss that?!” (This was me, joking.)

“Yes, we have been waiting just for you to arrive!” exclaimed the black bartender. I returned his warm smile and said a “thank you.” But then from the only other couple in the room …

“It was in here the whole time. Did you not read this?” he says as he points to the conference schedule book. “I mean, you appear to be an educated woman … ” There was a slight smile and hushed giggle from the white woman. At this, I just needed to flee. I had been here before.

When discussing the many incidents at this predominantly white conference, I messaged this incident to Lost Daughters founder, Amanda Woolston. I had already heard excuses about why the man was “defensive,” how I needed to get a tougher skin and how I needed to get out more. But Amanda changed me. She said the words no other white person had ever said, “If [you] were white, would he have felt so free to be rude, specifically question [your] abilities and intelligence? The power imbalance of a white male speaking that way to a woman of color in a space where most people are white is incredibly hostile and racist.” When I read her words, I sobbed uncontrollably.

My perforated soul … each blow pierces my heart and bruises my self worth. Each time someone says something demeaning, I shrink … go into my hidey-hole.

At the AAC, my fellow adoptee Lost Daughter sister, Angela, asked why I laughed nervously sometimes. I couldn’t really answer her. She then said, “You seem fragile.”

I am. I was. I have always looked at women like Angela and wished that I could feel as strong and empowered, like the united front of black girls from my high school with their confidence and bravado. In the 1980s, I longed to emulate them and Lisa Bonet. Having finally secured a job where I could buy clothes, I began to morph into Denise Huxtable. I shrank from the white girls group that I had once coveted. I found my isolation tank.

The most validating moments of my senior year in high school came from the black girls. They wrote me beautiful, sincere notes in my yearbook. 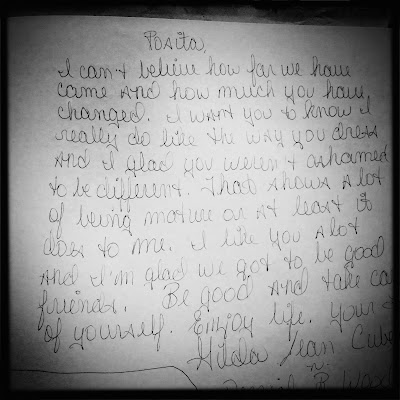 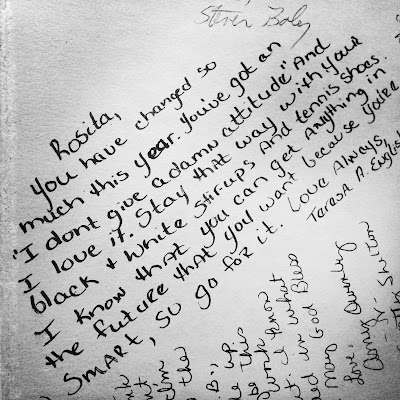 In the Dear Wonderful You video, I speak of this cyclical self I created. Over and over again as I entered a new environment, I began my cycle as an outgoing, white wannabe. I did whatever it took to assimilate. Polo shirts … check. Join a fraternity little sis group … check. Be the graduate school student representative on committees … check. 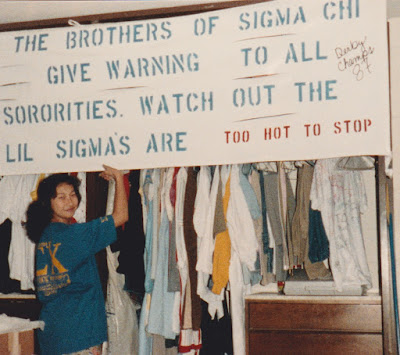 But none of this worked. The off-hand comments, the “you almost look normal,” the references to Yoko Ono or Connie Chung, the tokenism of being the “model minority” … all served to place me below the white privilege. Eventually, I would shrink and hide.

In this solace of aloneness, I would find my voice again and reemerge strong, yet guarded. Each new environment or new acquaintance began the cycle again.

Today, Twitter has allowed me the freedom to speak strongly and hide, but when I blog, I reveal more of my vulnerabilities. Having these two parts of myself is exhausting.

Each tweet or means of speaking out gives me so much validation and relief, but then, the adoptee guilt and adoption loyalty set in. In public spaces, I use walls, podiums and my reading glasses to separate myself, protect myself and hide in the open. I use laughter and my comical façade to mask my pain and humiliation.

The Lost Daughters will speak this weekend at KAAN (Korean American Adoptee Adoptive Family Network), and I will fear the notice. I may hide in my room just as I did last year at that same conference.

I realize I like the loneliness and isolation. It’s comfortable and safe. And yet, I know that by hiding I am not claiming my space to be heard.

The valve on the radiator has held back long enough. There have been long pshhhhhhhhts and short, angry spurts of steam. Pressure is building.

Feminist columnist, Rosita González is a transracial, Korean-American adoptee. She is married to a Brit who refers to himself as an Anglo-American and is a mother to two multiracial children. Rosita was adopted in 1968 at the age of one through Holt International. Her road has been speckled with Puerto Rican and Appalachian relatives and her multiracial sister, the natural child of her adoptive parents. While quite content with her role as a “Tennerican,” her curiosity has grown recently as her children explore their own ethnic identities. She considers herself a lost daughter, not only because of the loss of her birth family, but also because of the loss of her adoptive parents. Rosita has recently started her search for her natural family. With the help of G.O.A.’L., she visited Korea in August 2014. When she is not supporting her children on their individual paths, Rosita spends her time as an art educator, ceramicist and an art photographer. She also shares her adventures as an adoptee and parent on her blog, mothermade.