Is Knowing Our Parentage Our Right? 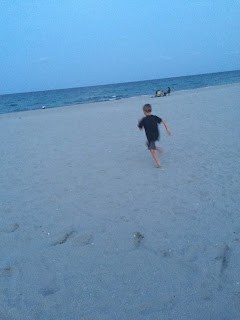 There's nothing like a harmless joke to set your day off in the wrong direction. Scrolling through Facebook, a friend of a friend was joking about kids not knowing who their father is. I assume the joke was in reference to the friend being a mom of donor-conceived children.

I didn't click to see what the joke was. Just the reference to not knowing your parentage being a joke was enough to sink my stomach.

I think it's curious that it's considered funny when children don't have information about their fathers. How is being cut off from half of your identity and lineage a joking matter? Does society really consider the father such an irrelevant part of a child's life that they brush it off through humor?

Making fun of a person not knowing who their father is isn't exclusive to the donor-conceived. I remember long ago seeing a scene in a movie called, "Little Man Tate." In the movie the main character, a little boy, says,


"(My mom) says I don't have a dad. She says I'm the immaculate conception. That's a pretty big responsibility for a little kid."

I can't remember whether I thought the quote was funny or if I thought it was sad. I only know that it hit me hard in the gut and stayed there. It stuck with me. At the time, I was only two years into my reunion with my birthmother and I didn't know who my father was.

There's an assumption in society that disclosure of who a person's father is is at the discretion of the mother. That assumption goes further when we see that society sees no issue with making sperm-donors confidential. And, of course, the pinnacle of this assumption is that it is fine for society to seal away birth records of adoptees so they don't know anything about their parentage.

I know, I know - society thought parentage was irrelevant. It's rooted in the core of American independent values. The idea that it doesn't matter who you come from - you make yourself what you are.

Let's look at a different quote:


"Knowledge is power. Information is power. The secreting or hoarding of knowledge or information may be an act of tyranny camouflaged as humility." Robin Morgan

Knowing who someone's parents are is power. Keeping that information secret is an act of tyranny camouflaged in good intentions.

When a mother doesn't share the father's identity with her child, she has stripped her child of their power. When we sanction businesses to allow sperm donors to be confidential, we are giving a money-driven business more power than the child they are creating. When we allow our government to seal original birth certificates, we our releasing the power to them.

So the question is, who has the right to this information? Don't just jump in, think about it for a little while.

Is it the right of the persons who parented to seal their information away? They may not want to reveal out of shame of an indiscretion. Perhaps the mother was married and had an affair with a married man and both the mother's and the father's lives will be catapulted into turmoil by unearthing the information. Perhaps the mother doesn't want the child to know the father was a rapist. We have heard all the rationale.

Or is it the right of the child? Maybe it helps to realize that the "child" will one day become an adult. Looking at them as all adults - the parents and their offspring - puts them on more equal ground. Who has more of a right? The person who parented or the person who was created as a result?

I don't have the answer. Only the question (along with a telling wrenching in my core at hearing jokes about it).

Is knowing our parentage our right?


She writes about adoption with a focus on long-term reunion. She has written a memoir in partnership with her birthmother called Kathleen-Cathleen where she and her birthmother write alternating chapters sharing their experience of reunion from both the perspective of the adoptee and the birthmother (not yet published). They also write parallel blogs on shared themes: Cathy's blog is reunioneyes.blogspot.com. Follow Cathy on Twitter @CathyHeslin.