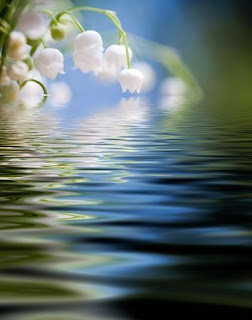 Consider the lilies of the field, how they grow;

they toil not, neither do they spin.


Their bedroom—I knew it by heart. The Trojan condoms in the bottom drawer of Dad’s night stand; a copy of The Bell Jar on Mom’s side; the shotgun in the back of the closet behind Oxford shoes; and the corduroy sport jackets Dad wore to teach English at our high school.

Mom’s dresser was a trove of white C-cup bras, half-slips, and a jewelry box that opened to a twirling ballerina in a white tutu. She had two kinds of perfume that sat next to the box: Shalimar by Guerlain and Cotillion by Avon. Shalimar smelled spicy and exotic, while Cotillion was delicate and airy. They seemed to belong to two different women. Two women I wanted to be, but didn’t yet know how to become.

As a kid, I took tiny inventories of Mom’s things: the jewelry in that jewel box (mother-of-pearl pin I gave her that said ‘Mother’, lacquered red rose stick pin, string of pearls she wore in her wedding portrait that hung in the hallway); the clothes on the hangers; the sensible shoes she kept in orderly boxes at the bottom of her closet; the Ginny dolls in polka dot boxes on the shelf above whose eyes opened and closed and whose tiny leather shoes had silver snaps. I conducted my inventories in secret, knowing Mom would feel it was an invasion of her privacy. I did it, perhaps, to hew to some form of identity for myself. I had been adopted and while it didn’t occur to me consciously at that time, looking back I realized I felt out of place. Or, maybe I was trying to find my place within the family via objects. Something always seemed to be missing for me, a piece of myself that I couldn’t classify, something within me but at the same time unreachable. I couldn’t put my finger on exactly what it was. I am not sure I will ever be able to recognize it.

Next to Mom’s dresser hung a framed print with a shortened version of the poem “Children Learn What They Live,” by Dorothy Law Nolte.

If a child lives with criticism, he learns to condemn.

If a child lives with hostility, he learns to fight.

If a child lives with fear, he learns to be apprehensive.

If a child lives with pity, he learns to feel sorry for himself . . .

As the child, snooping about, I had read the poem many times. It registered to me then as being powerful and bigger than I was, but I didn’t know what it meant. I didn’t know then what ‘apprehensive’ meant or how to feel ‘envy’ or how to connect all the similes within the poem. I didn’t know what to feel because, I realize now, I didn’t know how to feel much of anything then. I was both inside my head and outside of myself. I took everything in and let nothing out. I gauged other people’s reactions to my actions and then fine-tuned my self accordingly. I tried on personas like pants (one summer I announced to my cousins that I was going to be ‘preppy’ in the upcoming year of junior high). I was trying to mold an identity based solely on how I felt I was reflected in other people. I constantly sought out external, positive validation, and when I got it (only rarely), I questioned its validity.

Dad wanted me to be an Irish step dancer and a concert violinist. I balked at the former (the costumes! the fake hair!), but accepted the latter with modest success: a small college scholarship to Penn State, and Dad’s disappointment that I didn’t go to Juilliard, where my Juilliard-trained instructor told me I could have gone.

Mom kept saying, “Be yourself.” But with no explanation of what my ‘self’ was supposed to be, I felt I was botching the whole thing terribly. In short, I was constantly fighting with the image I saw in the mirror because I was relentlessly playing to an unsatisfied audience who seemed to be demanding their ticket money back.

I was a curious child. I poked around in Mom’s things, messed through the drawers in her bathroom vanity, opened the tubes of Vagisil, took her Tampax out of their cardboard packaging and dropped them headfirst into the toilet water to watch them bloom like white lilies.

“Those aren’t toys, they’re expensive,” she admonished; yet she never explained to me what the Tampax were used for.

When I finally did get my period, at 16 during J.V. cheerleading practice, my friend Wendy passed me a Playtex tampon under the bathroom stall door. It was wrapped in pink plastic. She gave no explanation for how to use it and I was too embarrassed to ask. I inserted it farther than I felt was comfortable, which was in fact, half as far as it needed to go. It hurt like hell. I spent the rest of cheerleading practice performing splits and jumps with said tampon being neither inside of me nor out.

-----------------------------------------------------
Megan Culhane Galbraith earned her MFA from the Bennington Writing Seminars. Her work has been published in Hotel Amerika, Danse Macabre, Drafthorse, The Notebook, TueNight.com, StyleList.com, Rosebud, and on NPR’s 51 Percent. She was selected as a Binders Scholar at Bindercon 2014, served as guest editor of The Notebook, and is on the editorial board of The Grassroots Women Project. Megan is at work on a collection of essays titled, The Guild of the Infant Saviour, and manages a saucy site called The Dollhouse on Facebook. She lives on a small farm in Cambridge, NY with her husband, myriad animals, and two sons who want to be dairy farmers.
You can find her at: http://megangalbraith.wordpress.com/ and@megangalbraith
Posted by The Lost Daughters