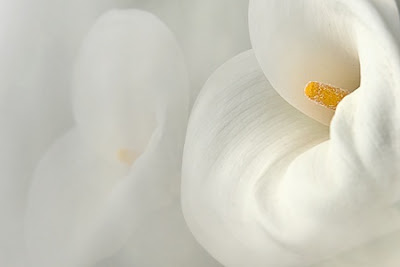 When I was in grammar school, I used to watch Mom get ready for cast parties. Dad was theatre director as part of his duties as an English teacher at our High School, and she was the one presented with bouquets of flowers before each production. She went to the cast parties with Dad after each play wrapped each High School season. There were parties for “Flowers for Algernon,” “I Never Saw Another Butterfly,” “Bye Bye Birdie” and “The Screwtape Letters” (which we were not allowed to see.)

Much of my after-school time in elementary and middle school was spent with Dad in the theatre, racing up and down the carpeted stairs, unfolding the theatre seats and trying to sit in every one as fast as I could, posing in ways that might attract the attention of (all) the leading men who I had consecutive crushes on; caring for a white mouse that was a prop in “Flowers for Algernon”; and messing around with the lights and the sound board while Dad rehearsed his students. I was a demented Eloise and the theatre was my Plaza Hotel.

It seems to me now that I was fusing myself onto other people, flailing around for someone I could identify with, constantly trying to imitate, act, or pretend my way into a character whose part hadn’t been scripted yet. I had no idea who I was.

Watching Mom get ready to go to the plays and the cast parties with Dad was magical because she seemed happy. She was so pretty, bobby pinning her short brown hair in spit curls in front of her ears and pressing her lips on white Kleenex, leaving red puckered lipstick stains. I would buzz around her like a gnat, asking questions and bouncing on her bed. Eventually, Dad would pull into the driveway with our babysitter Kevin Silk and I would skip down the hall to buzz around him in all his teenage cuteness.

The last thing Mom did before leaving the house was to spray Cotillion on her wrists and behind her ears. Then she leaned over to kiss me goodnight on the top of my head. The first thing I did when she left was lock myself in her bathroom, pick the Kleenex out of the trash and squeeze my lips together where hers had been.

Shalimar was the expensive perfume Dad bought for Mom every single Christmas, along with a crisp white blouse with a lace collar. Each year, Dad gave us girls money and instructions shortly before Christmas to “go pick out” these items for her. He would make a big deal of it when she unwrapped the blouse or the perfume, like it was designed to make her feel special. I remember her face being flat and expressionless as she replaced the tissue paper and put the box with the blouse on the floor next to her chair before motioning us to open our gifts, which she had hand made. She was a furious knitter and an expert quilter and sewer. How did Dad expect her to be surprised by these uniform gifts that were given to her year after year? I think now that her expression was one of muted pain for living with a man who didn’t understand her enough to know that, when she wore perfume, Cotillion was the perfume she wore.

Mom was practical and a master of the needle arts. She handled all the bill paying and the books. She balanced our checkbooks all through college. She made lists, did the laundry, made dinner and waited for Dad to come home. She enjoyed sewing her own clothes, and ours when we weren’t yet teenagers who made a forceful stink about it. Her Singer sewing machine, a 16th birthday present from her mother, whirred as we crammed into our small TV room to watch “Mutual of Omaha’s Wild Kingdom,” and “Little House on the Prairie.” Dad put his feet up on the ottoman of his Naugahyde easy chair; my sisters and I splayed out on the brown sectional; or one of us, post-shower, sat on the floor with our legs outstretched and the plastic hair dryer cap billowing its soft heat onto our head. Mom sat in a straight backed chair at her sewing machine and used her knee to work stitches into a piece of calico for one of her dresses. Every line of new stitches meant static fuzzing laterally across the console TV.

“This makes me happy,” I remember her saying, “all of us here together.”


I watched that expensive perfume evaporate over the years. The Shalimar bottle, with its sapphire stopper and tiny gold tassel, sat next to Mom’s jewelry box on her dresser. The white blouses moldered in her closet, collecting dust on their shoulders where they hung on plastic hangers. She would wear some of them when she went to work as a bank teller, pairing them with hand-sewn cotton skirts or jumpers. But mostly, like the Shalimar, the blouses were just too fancy and frilly for her sensibility.

Mom wasn’t much for expressing her feelings when she was alive. What she did express most times was exasperation. Exhaustion and obligation also shimmered off her like heat rising from beach sand.

I was in the backseat of the GM Sportabout. Mom had picked me up from middle school. It was sometime in the late 70s. We were on our way to my ballet lessons at the War Memorial. I was trying to use the backseat as a changing room, stripping off my school clothes and writhing into my pink dance tights and black leotard. Then as now, I was shy and anxious about my body. I tried lying down to take off my jeans and underwear in order to wiggle into my tights, but that didn’t work, so I tried crouching on the floor between the front and back seats. I tried to fashion a makeshift curtain with my coat to guard myself. As I slid my arm out of my shirt and into my leotard I tried hard not to expose my undeveloped chest or my stomach, the flesh of which flabbed over the waistband of my Gloria Vanderbilt jeans.

I remember Mom glancing in the rear view mirror. Her exasperation heightened with every glance.

“If a child lives with exasperation, he learns to be invisible.”

Our car rides were usually attended to in silence. Me, trying to think of things to talk about with her, but being unsure of what to say or what she was thinking and worrying that she was thinking about how disappointed she was with me. She was absorbed in her thoughts and driving me to and fro, it seemed, out of obligation. She was not about to let me in. So I let her be.

Eventually, when I was in seventh grade, Dad quit his teaching job to start his own contracting business and Mom had to go back to work. I couldn’t get to my dance lessons anymore. She had been my ride. I remember my ballet teacher, Mrs. Watley, calling our house at dinner one night to see if I would be returning to class. I began to tell her that Mom had taken a job and I had no way of getting to class, but in doing so, I got choked up. I loved ballet.

“Oh, Megan, give it to me,” Mom said, grabbing the receiver out of my hand. I sat back down at the dinner table and wondered what I had done wrong. In hindsight I think Mom was embarrassed and maybe even ashamed thinking about my ballet teacher silently judging her to be a bad mother, but at the time I felt like I had done something to embarrass her. She may have been exasperated that she had to take that job at the bank. She hated that job mostly, but did it in order to pay bills and have health insurance because my father’s construction business was floundering and he had been diagnosed with diabetes. But maybe that’s older me overthinking twelve-year-old me; twelve-year-old me just knew that she got choked up, but didn’t cry when her mother shut her down.