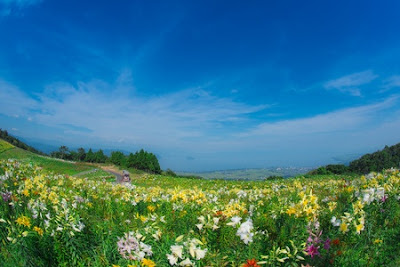 Mom had many one-liners that stuck with me over the years. She mostly blurted these out without explanation and quickly moved on. I keep a small, running inventory of the ones that have stuck with me.

“Your grandfather was a sonofabitch as a father, but he is a pretty decent grandfather.” Or, “I always worried that you weren’t picked up enough when you were little because of that flat spot on the back of your head.” Or “Just be yourself” and “Marriage is hard work.” Later, when I was driving her to chemo and letting her know she didn’t have to worry about Dad, that we would take good care of him, even move him up near us so he wouldn’t be lonely she said, “I just want you to know that your Dad is very selfish and he will take over your life if you let him.” She also said this to my husband, Jeff, before she died. We shrugged it off at the time, but once Mom’s absence asserted itself, Dad’s presence began to smother just as she had said it would.


Her “just be yourself” line has always been especially vexing for me because my main problem was I had no clue who ‘my self’ was. I realize now how hard I was trying just to conform to what I thought others wanted of me. My focus as an adopted child was more about trying not to make waves; to be the perfect child. As I try now to come close to identifying my feelings as an adolescent, the closest I can come is that I felt, well, ambiguous. So, when Mom implored me to ‘just be myself,’ I felt at a complete loss. Empty. How could I tell her I had no idea who I was? It would just exasperate her even more. I wanted a reflection that mirrored my own to relate to, or in the absence of that, to understand Mom’s feelings in order to push against them to figure out what mine might have been. But Mom was stoic. She made pronouncements and she moved on. I didn’t ask questions and was provided no context.

Maybe she felt she was protecting us—from her own difficult childhood; from her struggles to be her own person in the face of parenthood. By not sharing her feelings, she didn’t allow me to help her through them or to understand them in contrast or as a complement to mine. And by taking it all on herself, absorbing everyone’s sadness and stress, I feel somehow that that was the beginning of a hot little ball of resentment within her.

Through all of it, Mom would say to me “I just want you to be happy. I just want everything to be perfect.” But she wasn’t modeling happiness and I had demons I hadn’t begun to recognize at that time. I realize now how deeply sad she must have been. There is no simile in that poem for a child who lives with sadness. I understand now how conditional “if” is.

I have not yet found the right word.

In my high school there were a few girls who had “coming out” parties. I was not one of them and I was not invited to any of their cotillions. But I heard about the champagne fountains and the white gowns and wondered why they were dressing like brides. I went to my first cast party for the senior play – Finian’s Rainbow. I was neither a senior, nor a member of the cast, but my role as lead violinist in the pit orchestra gave me enough dorkish agency as a sophomore to attend.

That night I learned the magical power of too many beers, tongue-kissed the leading man in his VW Bug (he went on to be our bus driver), apparently danced on the host’s coffee table, and incurred Mom’s wrath by coming home drunk at 2 A.M.. Me, fumbling with the keys at the front door; a bright light in the hallway and stumbling backwards holding my hand over my face. Mom: “How dare you come in at two in the morning, and you’re drunk! We’ll talk about this tomorrow.” Me, stumbling toward my room in the dark, using the wall as a support before heaving myself on to my bed. Room spinning, me crawling toward the casement window, taking the screen out and vomiting into the backyard before passing out.

Tomorrow came and we didn’t talk about it. Tension-filled silence and furrowed eyebrows conveyed the shame and humiliation that I was supposed to feel as a result of what I had done. I was expected to hang my head, feel the guilt, feel the shame. Dad’s contribution was to say, “So, I heard you had a few last night, eh?”

Mom, no doubt, heard about the coffee table dancing at work over the next few days. She was the head teller at our local bank. The drive-thru window was where she collected all the gossip on me.

The bank’s drive-thru window was made of thick, bulletproof glass that was tinted green and surrounded with polished, stainless steel. The top tilted out and eased down at an angle to be almost flush with the building where the drawer swallowed your money or delivered it. Feasibly, it was designed to bring the teller closer to her customers. I drove myself through many times to ask Mom for money for ice cream or to take my sister’s to the drive-thru at Burger King, or just to say check in because it would be decades before cell phones came into use.

I envied her efficiency as I watched her through the green glass. She would lick her thumb and count out bills, while stabbing the keys of the desk calculator with her index finger. She would then gather the money into a small pile, tap the pile two or three times on its long side to level the bills then put the money into a white envelope which would slide under a stainless steel arm in the drive-thru drawer. Then with her hip, or the heel of her hand, she would push the drawer out to the window of the waiting car. Back then you had to push a button to talk to the teller and vice versa.

“How would you like that, in $20’s?” she might say. What I wanted to hear was “How are you doing today honey?”

Behind that glass with her head down, she had the hardened, frustrated expression that comes from working at a job she considered drudgery. I could see her frustration, but I couldn’t do anything to help her.

When I had difficulty fitting in, or was teased for being overweight, or felt rejected by the popular kids, Mom buoyed me with the “just be yourself” line. She watched me struggle with my body image and identity. I had a sense that she knew my pain intimately, even though I couldn’t locate it yet myself, or even register that it was pain. I was more used to not feeling anything at all.

As much as I was watching Mom, she was watching me. She knew me by heart it seemed, but gave me few clues or feedback as to who it was she was looking at. Which makes me losing her more acute. I couldn’t comprehend the questions I needed to ask her then, but they burst from me now and I want to call her to ask for answers, but she’s gone. Neither of us recognized ourselves in the other. The thing we shared was a shimmery pain that manifested itself in wholly different ways.