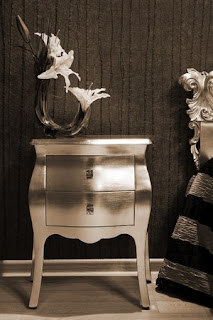 After my mother died of pancreatic cancer, my sisters and I took an inventory of her bedroom — the closet, her dresser, the desk – deciding what to keep, what to donate, and what to throw away. I hadn’t known Mom had sought out The Hemlock Society, the right-to-die organization, until I unearthed the brochure in her nightstand. I hadn’t known she was that religious until I found the rosary and the tiny parchment paper bible in the same drawer. I looked in her jewelry box, and it was as if nothing had changed from my childhood. She kept everything we ever gave to her. I took the Shalimar bottle with its evaporated perfume now brown and gummed to the bottom of the glass. Inventorying her things magnified my feeling of loss because it made me look at her in the way I felt I should have seen when she was alive. The things, it seems, we yearn to know have been right in front of us all along.

As I slid the hangers, touching each of the dresses she wore throughout her sickness — all cheap, cotton plaid muumuus she called her “organ friendly dresses” — I suggested we donate them. Dad had other plans. He commissioned memorial quilts with huge, garish daylilies (Mom’s favorite flower) for each of us. The woman who sewed the quilts used the dress fabric to shape the petals and stems and a crude, machined zig-zag stitch to attach them instead of the finer, appliqued technique favored by Mom who had hand-quilted a bedspread for our wedding and crib quilts for my two sons and my sister’s baby who wouldn’t be born until years after Mom’s death. On each memorial quilt, upon Dad’s request, the woman machine stitched “Consider the Lillies,” which, had it been spelled correctly, was a favorite saying of Mom’s. We each hated those quilts and for a while I resented Dad for memorializing Mom during her sickness instead of celebrating her when she was healthy. He still calls me every year on the day of her death instead of on her birthday.

I took the framed poem off Mom’s wall and hung it on mine.


“I know you love your father more than me,” Mom said to me one day when we were alone in the kitchen. I was a teenager then. I denied it, but my denial sounded flat and untrue. Truth is, I didn’t know how to love one parent more than the other so to be accused of feeling that way threw me off kilter. Also, Dad was around less often so it was easier to feel less watched and Mom was the enforcer, which made Dad’s parenting job two-fold – mow the lawn and soak up his girl’s positive attention.

“I just want everything to be perfect,” Mom used to say. But I felt so far from perfect. I didn’t know how to please Mom or myself. That was saved for the girls who had Cotillions, I suppose. Only now do I realize she must have been talking about herself, their marriage, the burden of parenting that fell almost completely on her. No wonder the exasperation. As a parent myself now, I wish I could just dial the phone and ask her, “How did you get through it with us?” At least, as an adult, I could finally empathize with her. We could have had frank conversations. I could have asked her all of the questions I haven’t even thought of yet.

"Consider the Lilies" was originally published at Literary Orphans (n.d.) and is published at Lost Daughters with permission of the author. Parts 1 & 2 & 3 appeared on our website September 7 & 8 & 9, 2015, respectively. Part 4 marks the conclusion of the story.