The next generation of Korean women …

Since that moment, when the face in the mirror seemed that of a stranger, I had wondered from where my features came.

In walked … 23andMe. “Welcome to you,” it said. I spat like a crazy woman one morning to find out who I was. Being an unknown is highly frustrating. You’re an other, an outlier; and frankly, it sucks.

The results arrived soon there after, and I was reminded that long ago, a Chinese international, fellow grad student once told me she thought I didn’t appear Korean at all.

This all struck me as odd. Me? Equally Japanese and Korean with a dash of Chinese? Wow. Since moving to Korea, I am only beginning to fully understand the complexities of a country I thought I wanted as my own. The ever present need within me to satisfy someone else fills me with shame. I cannot nail down my identity. I need an anchor.

Around me, I have watched the younger set of adoptees embrace their original cultures. They attended culture camps, learned their native languages and visited their countries well before marriage and kids, and more have begun to find and connect with their original families. I want so much to have their confidence. They proclaim that they are American. American in Korea.

I once proclaimed I was “American.” I have since struggled with this idea and flopped between American and Korean. One minute, I will be Korean. The next, I meet a Korean man my age who tells me he has a daughter my own daughter’s age. He shows me a photograph of her; she’s sweet but looks very unsure of herself. He asks me, “Isn’t she fat? Very fat.” I am once again reminded of the false sense of beauty and the pressures on Korean women to be an ideal. Pressures are also on the men to achieve and make lots of money to snatch the ideal beauty.

These ideas have worn me down, and yet … 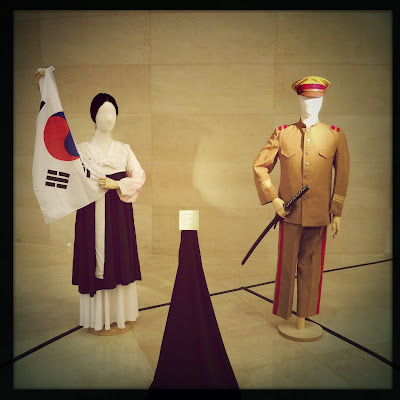 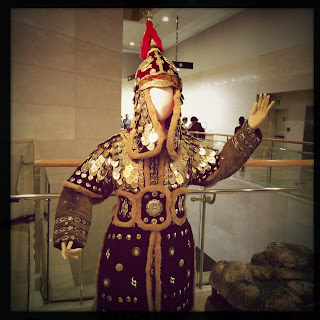 The performance focused on the women of Korea during the Japanese occupation. Sadness flowed in the tension between mothers and sons parting as the men were sent to fight. Mothers’ sadness was a common thread throughout.

The most profound movements of this dance were those that focused on the young women of the war. In one powerful scene, a Japanese soldier pulls white cloths that seem to symbolize the waters that flow between Japan and Korea. Each band of cloth is pulled taut so that another Japanese soldier may stand on its end and look to the shores of Korea.


Suddenly, the men ravish and thrash the women as they try to escape. There is violence against them and eventually they die … their limp bodies are thrown on the death cart.

In the following scene, I witnessed a mother’s remembrance of her lost children. She lit incense and knelt. The bodies of women appeared in angelic layers of white crepe. They were free from the bondage of war.

These images solidified my beginnings … why my DNA reveals the struggle among the people I outwardly represent. It was exhausting and terrifying to watch. Women and war.

Here however, a woman, Professor Unmi Kim of Hanyang University, leads this group of dancers in changing the course of conversation. She makes statements about the use of women in the past, the power of business women today and the strengths of mothers. 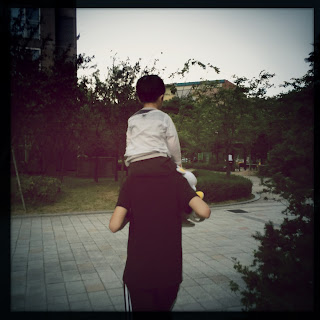 Mothers. That brings me to the most profound experience I have had so far. Since choosing activism and my part on the Baby Box, I have longed to help the women of KUMFA, The Korean Unwed Mothers Families Association on a personal level. Once we landed, I scheduled a time for our family to volunteer. It was an easy gig … playing with the most delightful young children.

After our work finished, a mother who spoke English insisted I stay. She wanted me in this very large group of single mothers. I felt honored and inadequate. A news crew from Korean Broadcasting was there taping the class the women were taking.

The reporters noticed me and my husband and asked if I wouldn’t mind being interviewed. I agreed. But I was not the one they should have interviewed. They repeatedly asked me why I would be supporting the group. I spoke of how I saw the face of my own mother in these women’s faces and how the bond between mother and child is so strong. I said these women were brave, and yet, the reporter did not want this sound-byte. He said he didn’t want to know about my adoption, but he wanted to know the American way. I felt inadequate to answer his questions. I told him America did not put the same stigma on single mothers that Korea does and that mothers had value. I left it at that. 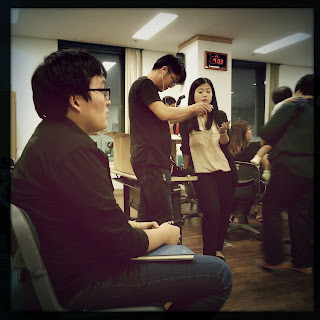 As long as I keep my mouth closed, I mix in. Old women stop me to ask for directions, but I must then reveal my insecurities. I pass but only for so long … I am American, reluctantly.

Just like anything else, I cannot live in absolutes and Korea cannot either. The absolutes are crumbling as the next generation of Koreans begin to pave the way.

If you are looking for ways to help the women of Korea, consider making a contribution to KUMFA; you can donate through their PayPal account at kumfa.volunteer@gmail.com. Your donations help single mothers settle in housing and provide for their children.

Feminist columnist, Rosita González is a transracial, Korean-American adoptee. She is married to a Brit who refers to himself as an Anglo-American and is a mother to two multiracial children. Rosita was adopted in 1968 at the age of one through Holt International. Her road has been speckled with Puerto Rican and Appalachian relatives and her multiracial sister, the natural child of her adoptive parents. While quite content with her role as a “Tennerican,” her curiosity has grown recently as her children explore their own ethnic identities. She considers herself a lost daughter, not only because of the loss of her birth family, but also because of the loss of her adoptive parents. Rosita is currently living in Seoul, South Korea with her family and their three cats. Follow her adventures as an adoptee on her blog, mothermade.