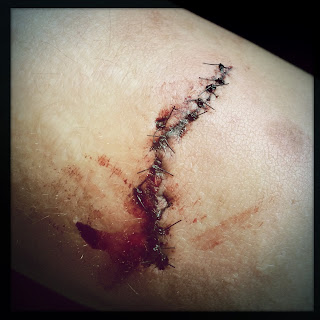 Feminist columnist, Rosita González is a transracial, Korean-American adoptee. She is married to a Brit and is a mother to two multiracial children. Rosita was adopted in 1968 at the age of one through Holt International. Her road has been speckled with Puerto Rican and Appalachian relatives and her multiracial sister, the natural child of her adoptive parents. While quite content with her role as a “Tennerican,” her curiosity has grown recently as her children explore their own ethnic identities. She considers herself a lost daughter, not only because of the loss of her first family, but also because of the loss of her adoptive parents. After her adoptive father’s death, she discovered that he had fathered a Korean son two years before her birth; she is searching for him. Rosita recently returned to the United States after a five-month stint in Seoul, South Korea with her family and their three cats. Follow her adventures as an adoptee on her blog, mothermade.
Posted by mothermade