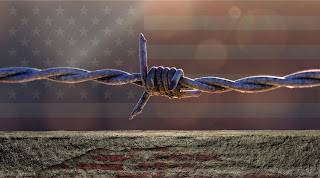 ROUNDTABLE: As adoptees, the writers of Lost Daughters share a history of separation from family. This gives us insight into the trauma of separation and influences our response to the separation of children and parents as a result of immigration policy. How have the Lost Daughters been affected by recent news coverage of this practice of family separation? What action steps do we recommend? What do we want others to understand about our own experience of separation and its relevance to this issue?


Julie Stromberg: I am completely distraught over what is happening. As a person who was literally taken from my mother's arms, placed in foster care, and then sent to live with a new family, I'm extremely sensitive to the trauma that these parents and children are enduring right now. Particularly the children, however, because of the shared experience aspect.

As a Catholic Charities adoptee, I have also been paying close to attention to the reactions of religious institutions to this matter. Many, including the Catholic Church, are speaking out about how it is morally and ethically wrong to separate children from their parents. Yet, religious institutions, again including the Catholic Church, run adoption agencies and actively fight against adoptees gaining equal rights under law to non-adoptees. The best interests of the children is often not the primary concern.

As soon as I heard that Bethany Christian Services is in charge of fostering the children sent to Michigan, my heart sank even lower. Our government has put a private, religiously-affiliated organization that operates a large adoption agency in charge of the children's well-being.

And hundreds of children have been sent to New York City, apparently without the mayor's knowledge. Not sure what organization is charged with the children's well-being there.

My fear is that these children will soon be lost to the United States Adoption Industrial Complex. There does not seem to be a family reunification plan. And what are the chances that our government has drafted any documentation connecting the children to their families of origin?

Our government has created a modern dystopian nightmare.

julie j: Honestly, I've found it to be triggering. When I lost my mother, I was about the same age as the little girl they have been showing on the news. The crying tapes is hard to hear. Any parent knows the instinct is to go to the child & comfort them. Harder still is the validation by all the medical experts on how traumatizing it is for young children to be separated from their families. How can they not recognize that adoptees go through the same damn thing?

Mila Konomos: Before answering the specific questions presented, I feel compelled to state that the practice of family separation, and in particular, removing children from their families is not a new practice in America.

If we are to address what is currently happening, we must first acknowledge what has already happened, and what has been happening for generations in this country--that ultimately this nation of the so-called United States of America was and continues to be built upon the ongoing and repeated practice of forcible separation of families en mass. In short, what is going on now is simply a continuation of the American tradition of (to quote fellow Korean Adoptee, Kevin Haebom Vollmers) "systemic White America separating, destroying, pillaging, appropriating, and commodifying Brown families and bodies, something we've been doing as a country to the Native and POC communities even before we were a nation."

It began when the first colonizers came to this land, stole it from the indigenous people through genocide and brutality, and ultimately ripped indigenous children from their families to live in orphanages and eventually forced them to live with White families. It continued with generations of slavery that violently separated families to be sold off piecemeal as property--and in present day manifests as the thinly veiled practice of taking black children away from their families only to be given over to the anti-black systems of foster care and adoption along with disproportionate rates of incarceration of Black Americans that also results in the separation of families.

We saw it during the baby scoop era between the 1950s and 1970s, when babies were snatched from the arms of unwed mothers and given to those deemed more worthy. During the same period, as a direct result of the Korean War, Korean children separated from their families served as the foundation for a lucrative international adoption industry that reached all around the world from China to India to Ethiopia to Uganda to Guatemala to Colombia and on and on.as an extension of White American imperialism and expansion via the separation of families.

Furthermore, let us not forget how America separated families through anti-immigrant policies such as the Chinese Exclusion Act, Japanese internment camps, and Operation Wetback, to name just a few.

When we remember history, we see without question that America has always used the tactic of separating families to its advantage, and in particular to assert and maintain its power, not only within the borders of this stolen land but around the globe.

Don’t get me wrong--I am grateful for the outrage and compassion that many Americans are demonstrating and allowing to compel them to action during this most recent spree of family separations.

But that so many seem to respond as though this is a newly terrible practice shows a gross ignorance of this nation’s brutal and violent history of separating families.

With that said, I am one of those who was separated from my family as a result of America’s shameless imperialism and sense of entitlement spawned from White American Christian exceptionalism and privilege. I was separated from my Korean mother and sent to a land far away to grow up among foreign people who neither looked like me nor valued my origins.

My American mom tells the story of how I wailed and cried incessantly for days. No amount of rocking, shushing, soothing, holding assuaged my distress. She even took me to the doctor, thinking that perhaps there was a physiological ill or pain causing my implacable terror. But still I wailed on. At one point, my mom started frantically flipping through television channels hoping to stumble upon something that might appease me. And to her surprise, she did. As she hurried through the different t.v. stations, she happened to come upon a voice that was speaking in the language of Korea. My mom says it was almost like a switch had flipped, and my crying stopped instantaneously. I was only 6 months old at the time.

I share this to emphasize just how early on in our lives we are aware of who we are and from whom we come.

Decades later, I still long for what I lost. And decades later, watching this country choose to rip children away from their mothers and fathers is as though I am watching my early life unfold again and again before me. Reliving the excruciating trauma of losing my mother, my family, my origins again and again. I feel simultaneously paralyzed and compelled to action. I feel simultaneously devastated and full of rage.

I don’t have to imagine what it must feel like for these children as they’re being ripped away from their mothers and families. I know what it feels like.

To tear any child from her mother, from his father, from her family at any age is inherently traumatic and life-changing. Doctors, psychologists and social workers, the American Academy of Pediatrics--they all know this. And yet, this is not a truth that we need science or doctors to teach us. Deep down, we all know this to be true, especially those of us who are parents ourselves.

When I see, hear, read about the ICE agents voluntarily and willingly separating children from their mothers, I want to weep and scream all at once. I want to cuss. It assaults me in the deepest recesses of my being, as though every cell in my body remembers the utter terror and distress that my 6-month old self experienced after being taken from my Korean mother and placed into the arms of strangers.

The current images and sounds of children being torn away from their families stirs that primal wound I carry within and wrenches me to speak out, to stand up, to take action.

Please, I plead with you all, to take action. Call your senators and representatives. Join a local march, rally, or protest. Donate your time and money to organizations and groups fighting for immigrants’ rights (such as the ACLU, National Domestic Workers’ Alliance, Southeast Immigrants Rights Network, and Asian Americans Advancing Justice). More specifically, you can donate to the Deportation Defense Fund or to help provide financial assistance for DACA renewal. Use your social media accounts to push back and speak up. These are just a few of the ways you can support and help those who are being impacted by the current regime’s anti-immigrant policies.

And understand that even when children are not being taken from their parents at the border, immigrant families are being separated in your towns and cities through the terror of ICE raids, check-ins, and local law enforcement. They’re detaining fathers, uncles, brothers, mothers, daughters, sisters indefinitely in far-off detention centers (i.e. prisons) that are often hours-long drives away from their families.

To address these types of family separations, which are just as traumatic and cruel, we need to support local campaigns working toward disrupting cooperation between local law enforcement and ICE. Volunteer at voter registration drives. Volunteer to be a poll monitor. Volunteer to work on local campaigns with clear pro-immigrant platforms. Connect with local groups that offer free Know Your Rights Clinics or Citizenship Clinics. To end family separation, we cannot simply demand an end to separation at the border, rather we must address the larger issue of anti-immigrant rhetoric and policy.

This issue of family separation is rooted in broader, deeper issues of power and oppression. And such injustices and terrors will continue to be inflicted upon marginalized individuals and populations, and will continue to be used as a tactic to assert and maintain power, if we do not extricate the roots feeding these cruel and inhumane policies and practices.

This issue is ultimately an issue of humanity. And one that is as primal and as universal to humanity as is the need for food and water--a child’s need and longing for our mothers, our fathers, our families from which our beings were born. Mothers and fathers are not disposable or interchangeable. And you certainly cannot tear a child from his mother or father without inflicting profound and lasting trauma.

Let us honor the humane and compassionate ideal that all humans have the unalienable rights to life, liberty, and the pursuit of happiness. And let us remember the words adorning the Statue of Liberty that call out, “Give me your tired, your poor, Your huddled masses yearning to breathe free, The wretched refuse of your teeming shore. Send these, the homeless, tempest-tossed to me, I lift my lamp beside the golden door!”

Part two of this conversation will be published at www.thelostdaughters.com/ tomorrow.
Posted by Rebecca Hawkes