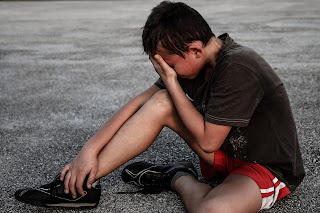 ROUNDTABLE: As adoptees, the writers of Lost Daughters share a history of separation from family. This gives us insight into the trauma of separation and influences our response to such things as the separation of children and parents as a result of immigration policy. How have the Lost Daughters been affected by recent news coverage of this practice of family separation? What action steps do we recommend? What do we want others to understand about our own experience of separation and its relevance to this issue?


Lynn Grubb: As I’ve watched this nightmare unfold, it has helped me to realize that prevention is key. #Keepingfamiliestogether isn’t just a hashtag, it’s a philosophy. If we truly want laws that prevent these types of situations, we have to become politically involved. We can’t sit idly by and allow our government to commit these types of atrocities on innocents. The parents may have broken the law; however, the kids had no choice. I truly believe the current administration separated children from their parents to send a message to others: “you too will be punished”. As Mila points out, this is not a new strategy to get people in line; however, in no way should it be tolerated in a democracy.

Mila Konomos: First of all, thank you, Lynn, for acknowledging that the current types of policies being enforced have no place in democracy. Obviously, I absolutely agree.

I appreciate what you shared because it has provided the opportunity to clarify certain points as well as deepen the discussion.

In particular, I would like to further clarify your reference to “The parents may have broken the law; however, the kids had no choice.” I want to help educate and inform others about the complexities

Firstly, actually, not all of these families have “broken the law.” And in fact, quoting Raymond Partolan, who is both a local immigration paralegal for Kuck Immigration Firm as well as a Dreamer,

“For those of you saying you support “legal immigration to the United States,” but are outraged by the people seeking asylum at our southern border, please understand that presenting yourself at the border for asylum after having fled persecution in your country is perfectly legal and one of the four ways you can legally immigrate to the US. Please educate yourselves.”

In short, there are families presenting themselves voluntarily at ports of entry to the U.S. pleading for asylum, which again is a perfectly legal form of immigration.

And prior to the current administration’s policies of zero tolerance and family separation, which has suddenly criminalized asylum seekers, the U.S. could follow the procedures of “the Family Case Management Program, which allowed families to be placed into a program, together, that connected them with a case manager and legal orientation that ensured they understood how to apply for asylum and attend immigration court proceedings.” (Amrit Cheng, ACLU)

This program actually had a 99.6% appearance rate--meaning that almost 100% of the asylum seekers in this program were showing up to their immigration court hearings.

This program is a successful example of not only a more humane solution for those coming to the border seeking refuge and asylum, but it also happens to be a less costly one (for all of you concerned about fiscal responsibility).

But sadly, Trump ended this program in 2017 in response to the announcement to begin using family separation as a deterrent strategy.

Furthermore, to say that these parents have broken the law, while perhaps technically true in some cases (but again, not all) unfortunately has the result of criminalizing their desperation and suffering.

To quote one of my favorite poets, Warsan Shire:

no one leaves home unless
home is the mouth of a shark
you only run for the border
when you see the whole city running as well
you only leave home
when home won’t let you stay.
no one leaves home unless home chases you
fire under feet
hot blood in your belly
it’s not something you ever thought of doing
until the blade burnt threats into
your neck
you have to understand,
that no one puts their children in a boat
unless the water is safer than the land
no one burns their palms
under trains
beneath carriages
no one spends days and nights in the stomach of a truck
feeding on newspaper unless the miles travelled
means something more than journey.

I think the poem eloquently and poignantly summarizes the complexity of the circumstances fleeing immigrants face. They’re not showing up at the border because they don’t respect the law. They’re not pleading for asylum after making the most horrendous journey of their lives because they want to break the law.

They’re arriving at the border because they’re desperate. As Warsan Shire wrote, “no one leaves home unless home is the mouth of a shark, you only run for the border when you see the whole city running as well, you only leave home when home won’t let you stay, ”

These families are selling all they own to make a treacherous and uncertain journey that could end in rape, violence, even death, not because they don’t care about the laws of this nation, but because their realities allowed them no other option. And if you can honestly imagine yourself in their shoes, would you feel any differently? Would you not have felt as though you had no other option?

As adoptees, we know the circumstances our original mothers faced. They were powerless. They truly felt they had no other choice than to relinquish us to strangers. Their situations in reality did not allow them a true choice.

Similarly, immigrants crossing into America have fled circumstances which also did not allow them a true choice.

Hence, to say that the children had no choice, while true, negates the reality that their parents also felt they had no other choice--or once again in the powerful words of Shire, “no one puts their children in a boat unless the water is safer than the land.”

Laws are there to serve humankind, not the converse. Hence, when humankind uses the rule of law to inflict cruelty upon its fellow human, then the law must be broken.

In the U.S., it was once the law that a white person and a black person could not marry. It was the law that white and black people could not eat in the same restaurants or drink from the same water fountains or use the same restrooms. It once was the law that Chinese people could not immigrate to this country. And in the hysteria of WWII, the rule of law demanded that 120,000 Japanese Americans be held in concentration camps, i.e., prisons, simply for being of Japanese descent, while around the same time, Operation Wetback, an immigration law passed in 1954 resulted in the deportation of 1.3 million Mexicans.

I share these examples to demonstrate that the simple existence of a law does not automatically mean it is a good law nor that it must be upheld or enforced, particularly when it is a law that legislates cruelty and dehumanization of our fellow humankind.

Click here for part 1 of this conversation.
Part 3 will be published at www.thelostdaughters.com tomorrow.
Posted by Rebecca Hawkes