"Yeah, but you're not really Korean. You're American, right?"
* * *
I am about a month away from my 45th birthday. And yet, it is only in the past decade that I have finally begun to explore my own identity and history as an Asian person.

As a transracial, transnational adoptee, i.e., an Asian person raised by a White family in predominantly White communities, I spent most of my life severed from Asian culture, people, and history.

Then, in 2009, after seven years of searching, I got a call that my Korean parents were alive and waiting to meet me. Suddenly, upon reuniting with my Korean family, my identity and origins were thrust before me. Everything I thought I knew was turned upside down, inside out, and ultimately, burned to the ground. 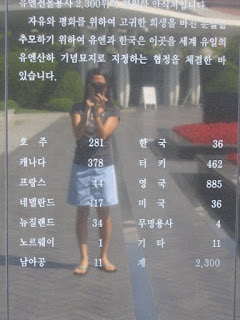 I have been rebuilding my life and identity ever since.
* * *

Several years into post-reunion, I remember having a conversation with a loved one, at which point he stated, "Yeah, but you're not really Korean. You're American, right?"

My identity was emerging and shifting as a result of reconnecting with my Korean origins. This loved one sensed the evolution unfolding and was trying to reassert to what and whom my allegiance should be.

And yet his question of allegiance contrasted the other side of what is ultimately the same dilemma--the assumption that I cannot possibly be American while simultaneously being demanded to prove just how American I am.

Asian Americans are expected to be assimilated, English-speaking, God-fearing Americans, while we are simultaneously yet paradoxically perceived and treated as foreigners who must have arrived in America only two weeks ago.

Asian Americans are often pushed into a state of limbo, or a tug-of-war that requires us to never be too much of who we are, while simultaneously being expected to demonstrate allegiance to a nation that has never seen us as anything but "the perpetual foreigner."

As Asian adoptees, these demands are forced upon us in the context of a false but dominant narrative that we were "saved" or "rescued." Hence, our identity is assumed to be subjugated to the expectations and perceptions of White Saviorism for the sake of White Comfort.

Furthermore, Asian American identities are often manipulated and politicized during times of economic unrest, brutal wars, and racial tension. We are witnessing once again the racism and xenophobia so familiar to Asian Americans during the current COVID pandemic. Asian communities are being scapegoated and targeted, just as they have been throughout American history. 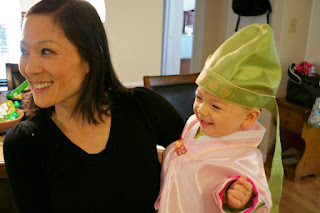 Asian Adoptees, while often invisible within this back and forth, are still impacted by the racism, discrimination, and xenophobia that result, as exemplified by the detainment and deportation of adoptees to over 30 countries.
Furthermore, Asian Adoptees in some ways experience an even greater expectation and demand to conform and assimilate within the White families that adopted us as a show of gratitude for being charitably "rescued" and brought to America. We remain eternally indebted to the White families that "took us in," and are therefore expected to pay that debt by exemplifying the "Model Minority Myth" (which is indeed a racist stereotype fabricated to serve white supremacy).
As Asian Adoptees, our Asian identities become a trophy for Whiteness to hold up only insofar as our Asianness serves the White Savior narrative. It must otherwise be erased when it does not serve that purpose.
Furthermore, as a Korean adoptee I must also mitigate the rejection by my own nation and people. Korea sent me away ultimately because I was not born in the "right way," i.e., I was born to an unwed mother. I had no proof of paternity and hence, I did not exist. So, they sent me away like I was dust.

Consequently, as an Asian adoptee, I feel a simultaneous yet paradoxical disconnection and connection from and to my Asianness and the collective history of Asian communities.

I am connected to Asian communities through the profound impact that Empire, White Supremacy, Imperialism, and Colonialism have had on my existence. I am also connected to Asian communities through my experiences of racial violence and discrimination. But I am disconnected from the core of my Asian heritage as a result of being severed from my Korean family, culture, and origins.

Some days I feel at odds with my Asianness. Other days, I feel reluctance. On good days, I feel solidarity, yet from a distance. Rarely, do I feel fully at peace with my inherited Asianness.

For me to be Asian American means I was involuntarily taken from my mother, my family, my origins. It means my identity and origins were erased.

More specifically, to celebrate my Asian heritage requires me to first acknowledge that my Asian heritage was taken from me. The reason I am an Asian in America is a result of the oppression and exploitation exacted through American colonialism and imperialism.

I spent the first three decades of my life cut off completely from my origins and identity.

While, yes, I can celebrate the progress I have made and the reconnection with my Korean family, any celebration of my Asianness inevitably and inextricably also carries with it the profound trauma, loss, and grief that I bear as an Asian person who was forcibly separated from my origins.

I lost everything. That kind of loss, at least for me, will never be reason to celebrate.

I am not lucky or fortunate to have lost everything. I am not blessed to have been severed from my own mother, paid for, and brought to a nation and people that would despise me as perpetually foreign.

Nor am I lucky that my own nation and people were willing to send me away, along with almost 200,000 more children for a small price that they could profit off of culturally-inflicted shame.


In some ways, I feel neither Asian nor American. And in other ways I cannot escape that I am both Asian and American.

It’s a terrible no man’s land of purgatory, in which I must make my own way.


Of course ultimately, I get to decide who I am, even if the world around me cannot see beyond their own eyes and minds.

Yet that is in large part what being Asian American means to me--constantly having to assert who I know myself to be while managing and mitigating the identity and expectations forced upon me by others who think they know who I am, but ultimately have not a clue.
* * * 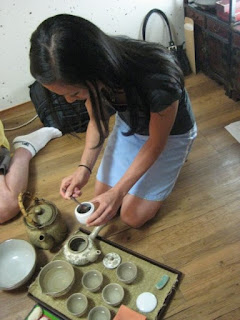 So while May is the month marked to celebrate my Asian heritage and the contributions made by the members of a vastly diverse community of Asian Americans, I feel both proud and conflicted, both pensive and grateful, both united and divided.

Yet one thing I can embrace is the powerful and resilient presence and history Asian communities can claim. This rich history often goes unseen and is regularly neglected and ignored. As I educate myself, I am learning just how vital the role of Asian communities has been in this country (and around the globe).

Even as I continue to grapple with my own identity as an Asian American, I am able to grasp that I am also a valuable part of the big, beautiful tapestry that is Asian American heritage. While I may never feel fully resolved or fully connected, I cannot deny that my thread exists and brings its own color and meaning to the larger story of the collective.
And that, for now, is enough for me.

*I also want to acknowledge our Black and Brown brothers and sisters who have suffered profoundly under the same oppressive and brutal systems. We are not the same, but we have all suffered under the same systems that seek to undermine and exploit our self-determination and power for their own profit and benefit.