Asian, Adopted, and Anxious During COVID-19

With more than 400,000 global deaths from COVID-19, a plunging economy, soaring rates of unemployment, a rise in anti-Asian racism and violence around the world, and a clear racial disparity in the fatality of the illness here in the United States, this is one of the most devastating collective events in my lifetime. This year will surely be a memorable period in history with both this global pandemic and widespread social unrest, as cities all over the country and world have protests to honor Black lives and produce meaningful societal changes. As we adapt to an ever-evolving world that includes global climate change, public health crises like this pandemic may be something we have to prepare for more frequently.

Despite all of the tragedy from COVID-19, one remarkably positive outcome for me of the shelter-in-place policies around the country has been the ability to participate in virtual events hosted by organizations that I wouldn't have access to otherwise. An adoptee organization for which I sit on the Advisory Council, KAAN, has started hosting Community Conversations to hold space for adoptees and create community in the absence of physical presence. I participated in a townhall on anti-Asian racism hosted by 18 Million Rising and a talk called "Confronting Xenophobia and Supporting Asian and Asian/Pacific American Communities during COVID-19" given by the Minnesota based professors Erika Lee and Sarah Park Dahlen. Last month, I also had the opportunity to partake in a virtual conversation through Families with Children from China of Greater New York (FCC-NY) called, "Coping with Anxiety in the Age of Coronavirus."

This FCC-NY session was particularly impactful to me because many of the townhalls addressed anti-Asian racism broadly, but not specifically the ways in which COVID-19 is impacting Asian adoptees. This conversation was facilitated by Dr. Amanda Baden, a practicing therapist, professor, and Chinese adoptee in the New York area. My first awareness of Baden came when I was 17 years old, watching the documentary "Wo Ai Ni Mommy" on PBS with my parents. Baden was interviewed for the film as a transracial adoption therapist, and I remember being in awe as her title appeared on the screen, because I didn't know that such specific adoption work existed outside of adoption agencies.

Baden's professional and lived experience aided the FCC conversation. She highlighted that adoptees often live with anticipatory grief as a result of being adopted and having lost our first families. Because of this, adoptees may have a heightened fear of the death or loss of their parents, and the hyper-visibility of morbidity and death right now makes this threat all the more real. Moreover, adoptees have the potential for a double loss of biological family, that they may or may not know, and their adoptive families. For those who have found biological family, the possibility of COVID-19 ending relationships that have already been lost once before and now may be lost for a second time, while still in their early stages, is devastating. And for those who have not found their biological families but are hopeful, COVID-19 may close the door on that possibility forever.

In addition to the potential loss of our first parents and adoptive parents, adoptees who are Asian are feeling the anticipatory grief of when they will fall victim to an act of COVID-19 inspired anti-Asian racism. Experiencing this type of racism for adoptees is complicated by several unique factors. First, young adoptees who grew up in predominantly white communities and families may not feel particularly Asian. These racist attacks prove that people see our Asian bodies without understanding the whole host of factors that have contributed to our identities. Secondly, adoptees may attribute a sense of shame or inadequacy as the reason for which they were abandoned or relinquished for adoption. Being targeted for anti-Asian racism layered upon this can have a compounding impact that there is also something wrong with being Asian. Thirdly, young Asian adoptees often are racially isolated and may not have been prepared by their white adoptive parents to face racism. The absence of having racially aware mentors who can uplift and validate one's racial identity can result in the further internalization of this racism.

While adoptees are no strangers to living with continuous loss and disenfranchised grief, this time period is unique because many people around the world are currently experiencing anticipatory grief and ambiguous loss. We are all fearing for the people we love who may die or fall ill. We are collectively experiencing losses of hugs, friends, traditional work and class spaces, and freedoms right now. We are grieving the loss of the pre-COVID-19 world, wondering what will happen going forward, and what changes will be permanent.

In a time where many of us feel powerless, what can we do to confront or cope with anti-Asian racism? If we are put in the position of being the target of racism and must confront it directly, the first priority is always safety. Assess the situation, and if it's something that could escalate violently, remove yourself. Being right is not more important than being injured. If the situation is safe, and you want to respond, I often choose to say that I am American or am an American citizen or some variation of that. If the person has asked a question about my country of origin, ethnicity, or other qualities, I might tell them that it is none of their concern. Correcting misinformation or relaying the real facts may work in some instances as a counter to racism, but oftentimes the other party does not truly want information -- they want to get a rise out of you. While it's sometimes easier said than done, do not internalize the racist words or remarks made by the other person. Their actions reflect negatively on them, not you.

Even when we are not the direct recipients of racism, it can be jarring and emotionally draining to read news article after news article on the topic, and engaging in self-care is a good practice. Self-care is not about bubble baths or binging T.V. shows or eating mouthfuls of cake. It is about setting boundaries, and what works for one person may not work for another. Some may want to stay current with the news and others may need to limit the amount of news media or social media they consume. Self-care might take the form of setting boundaries with certain family members or acquaintances who are less aware of racial dynamics and power structures. It might be creating a daily or weekly routine. Self-care can also be seeking out communities of Asian Americans or adoptees and replacing negative statements heard about China or Asians with positive ones through learning about key Asian American figures in history that bring pride to who we are [View the PBS docu-series, Asian Americans, here].

However you choose to cope with COVID-19 inspired anti-Asian racism, stay safe, stay healthy, and I hope to see you in a townhall or virtual event until we can be in physical community again. 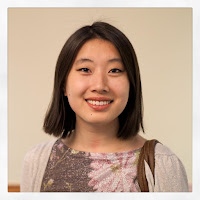 Grace Newton is a Chinese adoptee writer, blogger, and Social Work student at the Brown School at Washington University in Saint Louis. Her writing has been featured in two anthologies and focuses on race and politics in transnational adoption. Grace serves on the Advisory Council for the Korean Adoptee and Adoptive Family Network (KAAN) Conference, and has spoken at national conferences and symposia including the Midwest Conference on Asian Affairs, Midwest Asian American Students' Union Conference, and KAAN. When Grace isn't discussing issues of race and adoption in person, she is writing about it online at her blog: redthreadbroken.wordpress.com