Round Table: Black People Shouldn't Have to Be Resilient 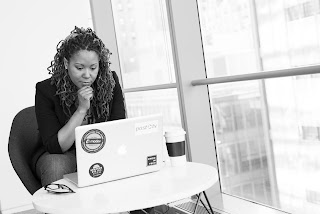 What does it mean for you to be expected to be resilient by your school, family, workplaces, etc. while they avoid confronting racism?
What is your biggest bandwidth drain(s)?
What are the invisible (to white people) consequences you experience as a result of being drained?

Resiliency is such a misused word in adoption communities and in general!

Resilience to me also equals exhaustion. The mere fact that you are resilient, means that you are faced with obstacles that you have to overcome time and time again. That’s how you encompass the act of resilience. It’s tiring.

Resilience is sitting in a coworker led support group and having to bite your tongue when people are outwardly expressing their opinions to the situations of racial tension happening right now in our nation. Its realizing they are focusing on the items and statues, but not the lives lost. It’s in the moment attempting to come up with a polite way (in your mind) to disagree that spares the other person's feelings because you must remain professional. It means trying to come up with this thought fast enough before the conversations shifts and you lose that moment to calmly educate.

Resilience is having white adoptive parents who are also very conservative Republicans who fail to see the bigger picture of having a transracial adoptee. It’s them not even thinking about checking in on their black daughter during a time of racial unrest in the country. It’s avoiding the subject and hiding behind the “colorblind” mentality.

Resilience is a POC's everyday life because what’s going on is so intertwined within the institutions and systems that we live everyday and the bias that individuals carry around without even knowing; it’s the constant micro-aggressions and comments. Resilience is exhausting.

Today I promised myself that I will stop doing these 20 things:

Being misunderstood is emotionally exhausting. Being misunderstood, with no attempt to understand and then expected to be resilient and cheerful is even worse. For the majority of my life, I’ve lived in predominantly white areas. I moved to London when I was 18 and this is the only time I felt free to be who I am. In London, I can walk down the street without smiling and the people who walk by don’t look at me fretfully or clutch their bags a bit tighter. I’ve always been aware that I am something scary and because of this I have spent my whole life trying to make white people comfortable. When I’m tired, I’m smiling. When I’m miserable, I’m smiling. When I’m devastated, I’m smiling. I smile so much that I don’t even notice I’m doing it. My default setting is annoyingly positive. I never thought twice about this until recently. I moved back home during the coronavirus pandemic and started working at a local supermarket. I grew up along the southeast coast of England and in the north of France. I’m adopted, therefore a lot of my family is white. It’s safe to say I had a very white upbringing. So these past two years in London I’ve been able to discover and be my full authentic black self. Coming back to my extremely white town has been a massive culture shock. It’s made me realise that for my whole life, I’ve been putting on and act to make white people comfortable. Being the only black person in a white environment is isolating. What’s even more isolating is knowing that the white people can’t see it. I feel like a fraud in these situations, as I have to dilute my blackness. In a way, it’s peaceful knowing that these people don’t and will never know me. But it’s exhausting having to be someone else to be accepted in a place where I don’t need/want to be accepted.

Within the first week of this job I was subjected to the usual ignorant immature microaggressions such as “are you from the ghetto?" I’ve learnt to deal with these, I accepted them as they aren’t a big deal. But they are. The reason I never thought they were a big deal is because white people don’t see them as such. The microaggressions were the least of my worries. I was told that black people should act like normal people and that instead of protesting we should consider signing a petition. (Right thanks! We hadn’t thought of that). I was then told that there’s no point in us fighting for change because the world is always going to stay the same. This person went on to inform me that black people look stupid because we "get angry" for a while and then “go back to normal”. Within 7 days of being at this job my humanity was questioned, but I was expected to be resilient.

Resilience. noun.
The capacity to recover quickly from difficulties; toughness.

Ignorance is the biggest threat to humanity. The type of ignorance possessed by these people showed me that they wouldn’t get very far in life whatsoever. So, I figured let them keep their jobs but still inform management. Smiling, I apologised to management for the inconvenience, as I didn’t want them to feel uncomfortable. I was understood to a certain degree and told that this was unacceptable behaviour and could be taken forwards. However, I was also told that the movement for the equality of black people was a political issue. My humanity is not a political issue. Still, I smiled. I made life easy for them and myself. The allies involved helped to a certain degree, expressed anger but quickly forgot about the whole incident treating the people who made ignorant comments with kindness. It was forgotten, treated as a blip. My humanity was questioned, but it was treated as a political disagreement.

As an interracial adoptee I grew up hyper-cognizant that I was different. There came a time in high school when I stopped apologizing for it and just leaned into the stares and confusion when strangers witnessed me with my white mom. To protect myself, I started calling my mother “mere,” the French word for mother, an effort to preserve my privacy while still honoring her title. I’ve become adept at “code-switching,” with sonic precision reading people’s energy and disarming them with what they need to hear. The constant maneuvering and micro-pivots are exhausting, albeit necessary. That being said, I am not impervious to bouts of fed-up-ness.

My mother admitted her white privilege a month ago. The atmosphere of the world has caused her to plummet into an identity crisis as she rumbles with the resounding truth that she and I move through the world differently.

As we would casually browse through stores she never notices that, even to this day, the sales associate addressed her first and then me. She had assumed that the stares were simply because the world deemed me as beautiful as she did. While I attempted to mitigate the narrative burden of always having to expose the most sensitive part of myself by simply uttering “mom” in public.

The scale of today’s anti-racism movement has my mother fervently trying to catch up in her reading and conversations with me. Attempting to jump into a triathlon that I’ve been racing in for years with a clumsy splash from a lifeboat. I love that she’s finally joined me though, but I am asked to teach where I just want to be comforted. I am asked to be strong when I just want to be safe.
Resilience is called upon in the conversations with the woman I love the most after returning from a march, and she has yet to post Black Lives Matter. Resilience is ordering books on Amazon for us to read together to ensure no one is left behind.

For me, what the expectation of resilience means that I often feel like I suffer in silent screams. I voice my feelings and fears, but I often get the same dismissive response which never addresses my hurt but still leaves me with a sore throat.

My biggest drain is feeling like I cannot ignore racist ignorance. Especially from my family. I feel like I must remind them that I was raised in a similar environment as them, and yet I still feel targeted. But once again I feel like I am screaming silently.

Because I am now drained, I find myself experiencing more stress, anxiety, and a raise in my sleepless nights. I also find myself avoiding more social interactions that has the potential to make be feel attacked and unheard.