Gone Too Soon: The Heartbreak of Adoptee Suicide

Earlier this year, the Indian adoptee community lost a beautiful, precious sixteen year old girl to suicide.
Her mentor, Rhea, is my “little sister.” I first met Rhea in 2008 at a gathering for Indian adoptees that I led. I saw in Rhea a sweet, giving spirit so it didn't surprise me she had chosen to give back by mentoring another adoptee along the way. On the day of the funeral in March, I woke with a heavy heart – sending love, strength and prayers to the family, Rhea, friends and extended community members that gathered to honor this young teen's life. In April, I stood beside and hugged Rhea close, as any big sister would, while she bravely shared at a conference about the place in her life and heart that her mentee occupied.
In an age of technology and social media, heartbreaking news travels fast. Since October 2012, our Indian adoptee community has lost six lives to suicide that I know about - they were ages 13, 15, 16, 21, 23 and 31. They were sons, daughters, sisters, brothers — all gone too soon. Each suicide shook our community with a devastating ripple effect as we reeled from one to the next. The suicides also often brought three companions — silence, shame and stigma.
As a trusted confidant and insider to the Indian adoptee community, I listened, counseled and coached adoptees and adoptive parents through their varying stages of shock and grief. As a social worker clinically trained in individual and community crisis management, I know the importance of creating brave spaces for survivors of suicide – family and friends left behind – to cry, grieve and be heard on the journey ahead. Everyone grieves differently – some want to talk openly while others need privacy. Anniversaries can be triggering when loss and heartache resurfaces.
Every 13 minutes there is a death by suicide across America. In an October 2013 study published in the American Academy of Pediatrics, adopted teens were 4 times more likely to attempt suicide than their non-adopted peers. Seventy-four percent of those in the adoptee sample had been adopted from South Korea, and all had been placed in their adoptive homes before age two. I am fortunate; in the times when I have felt hopeless, and darkness overwhelmed me, I had people who showed me the way.

My heart aches as I look across the recent suicides among Indian adoptees and within the broader adoptee community, my collective family. Suicide has touched all of us in the adoption constellation. Sometimes suicides are precipitated by an overwhelming triggering event or stressful life circumstance, like a significant change in an important relationship, parental separation or divorce. In other instances, adoptees experienced clinical depression, anxiety or other mental health challenges in their daily struggle with never-ending layers of hurt and pain.
Despite limited empirical research on the nuances of adoptee suicide, one thing I know for sure: there is an adoptee struggling to find the strength, hope and love to make it through TODAY.

This is National Suicide Prevention week. We ALL have a role to play. We must honor unacknowledged pain for adoptees stemming from beginning loss, separation and trauma. We can no longer afford to dismiss adoptees in their pain by reminding them how lucky they are to be adopted. We must take responsibility for trauma that occurs in some of our families and communities when adoptees all alone face racism, discrimination and bullying because they are different. We must recognize the grief that can emerge and resurface across the adoption life journey — in a child, a teen, in young adulthood and across the lifespan.

Matthew, Rajan, Tara, Megan, Tandi and Gabrielle – the world lost six beautiful souls too soon. You remain a part of us. We owe it to you to advocate for increased post-adoption support services from adoption competent professionals. And we promise to never forget your lights. 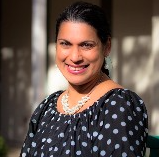 Stephanie Kripa Cooper-Lewter, Ph.D., Personal Strength and Resilience Columnist, was adopted from India in 1975. Kripa holds a doctorate in Social Work from the University of South Carolina as a Council on Social Work Minority Clinical Fellow and a Masters of Social Work from the University of Minnesota as a Child Welfare Scholar. Kripa is a Licensed Master Social Worker with more than twenty years of practice experience in the nonprofit, social service, health, educational and philanthropic sectors and has worked with many diverse families in the child welfare system – including child protection, foster care, kinship care and adoption. Since 1994, Kripa has served as a speaker for national adoption conferences, heritage camps, adoptive parent workshops and adoptee-only gatherings, and is actively involved in the adult adoptee community in various leadership roles. Her doctoral dissertation highlighted 20 life stories of women adopted transnationally as children on their journey to authenticity and wholeness. In 2009, Kripa returned to India with her family to visit the orphanages where her story begins. She enjoys writing and encourages others as a Personal and Executive Coach trained through the Coaching and Positive Psychology Institute. Kripa can be followed and reached at https://www.facebook.com/StephanieKripaCooperLewterPhd.
Posted by mothermade