Adoption Jokes and Adoptee Punchlines: Journalists Should Do Better

I get it. Adoption jokes are low-hanging fruit. They dangle within easy reach. Tempting. Requiring so little effort. Overripe and starting to rot, yet still solid enough that if thrown at flesh they'll sting and leave a bruise.

Some folks simply can't help themselves. They pluck that fruit, take aim and hurl it, then snicker a like grade-school boy who just used his armpit to imitate the sound of a bodily function.

Because adoption jokes are funny. 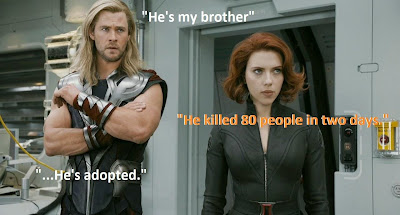 
The entire thread is notable not only for the original interaction, but for the overwhelmingly affirming responses. Angela Barra, Huffpost contributor and adult adoptee, countered the sentiments with her post, It's Not Okay to Mock Adopted People Even When Taunting Trump!, saying, "7.5k people liked Sopan Deb's tweet, and this evidences that many people think that this kind of casual disparaging humor is okay."


There is a mass lack of understanding of the varied and complex experiences of adoptees, so much so that being the butt of the joke, yet again, isn't too surprising. This isn't the first time adoption jokes have been addressed at Lost Daughters. We've been tackling this for years. Take for example this post from 2013, this post from 2014, and this post from 2015. When adoptees say we're weary of repeatedly addressing the same issues, it's not hyperbole.

Do Deb and Oliphant truly hold adopted people in such low esteem? Probably not. Oliphant's comment, while mean spirited, leaves me scratching my head and isn't worthy of further response. Deb's, however, has hooks. Taken to its logical conclusion, the idea expressed is that adopted sons and daughters aren't really sons and daughters at all. The actions of an adopted son would be inconsequential because he is, after all, only adopted. Here, the adoptee is condemned to an adoption no-man's-land, legally severed from biological family and relationally severed from legal family, all in fewer than 100 characters. Funny, funny stuff indeed.

It's tiresome to continually encounter derogatory remarks such as these, and especially disturbing to see them coming so publicly and unabashedly from members of the press. Professional journalists shouldn't need reminders to choose their words wisely, but when it comes to adoption, these two apparently do.

If members of the press wish to write about adoption, there is no dearth of issues for them to explore. Deportation of adult adoptees, adoptee rights, fraudulent practices, adoptee experiences of racism, adoptee abuse, and rehoming of adopted children are only a few topics worthy of journalistic endeavor. Start by learning from adoptees. Our blogs, podcasts, books, research, and professional papers are easily accessible. If you need help finding information, ask.

It's time to stop using adoption as an insult and adoptees as punchlines. We're not here for your entertainment, we're not less-than, we owe no defense of our own existence, and we're not ashamed.

Yep, some people are adopted.

And that's no joke.

Michelle
Welcome to my blog. I'm an adoptee and mother through both birth and adoption. I write about adoption because the adoptee voice needs to be heard, and because reform in both policy and thought is needed. I enjoy honest dialogue and hope you'll join the conversation, even if we don't see eye to eye. Someday I'll write about how I came to choose this silly blog name. Until then, just know I'm kind of laughing about it too. You can reach me via email at warriorprincessdiaries@yahoo.com
Newer Post Older Post Home